So recently I got a parcel from Amazon Japan. It contained some really cool things inside. 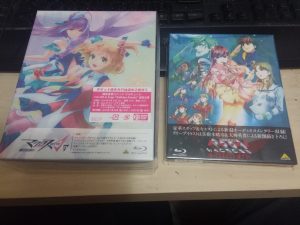 Yay, Macross things. So on the left we’ve got the first volume of Macross Delta on bluray with a box, and on the right we’ve got Do You Remember Love also on bluray. Neither of which is really available outside Japan easily (well I guess DYRL did come out on VHS) thanks to the total legal mess that the Macross franchise is due to legal disputes between the original producers and a little thing called Robotech and whatnot, hence imports ahoy 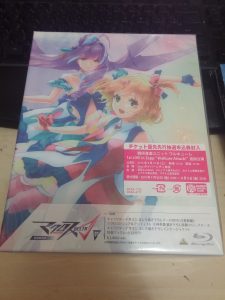 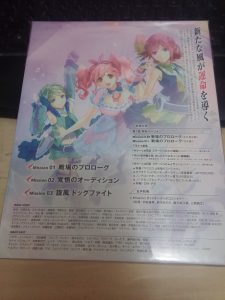 Like seemingly all Japanese releases this is heavily overpackaged, as we’ll find out. But yeah as it comes it’s in one of those resealable Japanese thingies with an obi strip with all the specs and whatnot. The sticker on the front is advertising the fact that this release has a code thingy that lets you enter a lottery to see Walkure play live or something. Oh if only I lived in Japan… 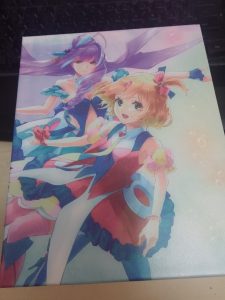 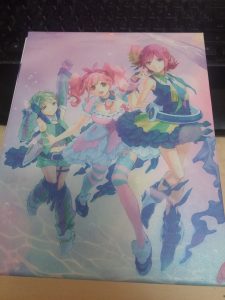 The advantage of Japanese overpackaging is take off that wrapper and obi strip and you’re left with gorgeous clean box art! The cardboard used here has a really nice kinda almost pearlescent texture, it’s super classy. Worth nothing that this box has space for the first three discs out of a total of 9, so I’m assuming that volumes 4 and 7 will come with more boxes with more gorgeous art pieces on them. 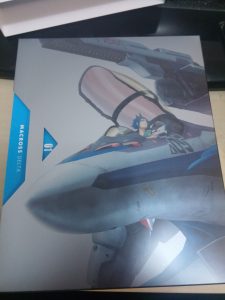 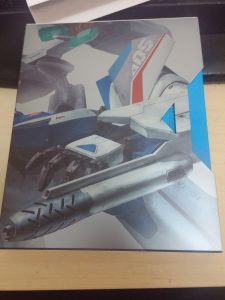 Inside the box we’ve got the first volume, which is in this shiny slipcase with a cool cutout thingy to show the title and volume number, which I like because it gives it a unique feel. 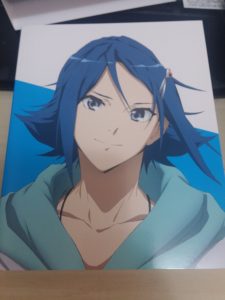 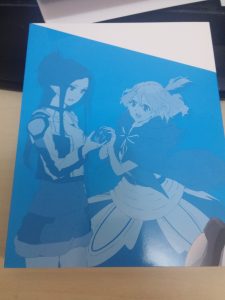 And this is what we’ve got inside the slipcase. One thing I want to note about this is those white bits of this case actually have like a texturey pattern on them, which is super cool imho. Later volumes are going to be showcasing other characters as the main art bit, on this first one we have Main Dude Protagonist Guy. 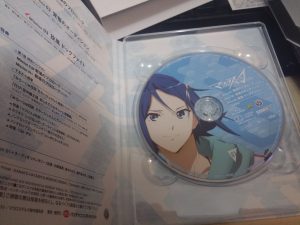 And here’s the disc itself. Now if you can read Japanese you’ll note one thing about this disc: ENGLISH SUBTITLES. Yep, this import disc actually is subbed and they’re quite good professionally translated subs too, much like the Macross Frontier movie set I reviewed a while ago. It even includes translations for song lyrics. So yeah that is really nice and makes this great for foreigners like me who desperately want to get Macross in English. But yeah this disc has the first three episodes, and also includes the prerelease version of the first episode as well as a new combined cut of the prerelease and regular broadcast versions of the first episode just for the video release. And it’s all really nicely subtitled.

Also inside the slipcase there was a booklet! 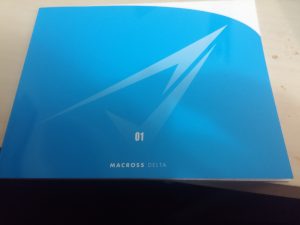 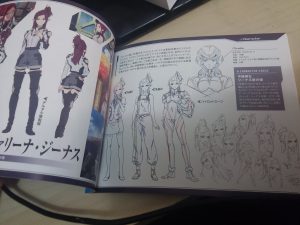 It’s got character profiles and art and stuff! Hard to read for me but nice to have anyway.

Regarding the show, I’ve only seen the first three episodes on this disc but I think the show is cool so far, and I’m looking forward to getting to watch the rest as I fill up the boxes (there’s a perverse sort of pleasure in filling up these “volume 1 + box” types of releases).

Anyway, let’s look at the other disc I got! 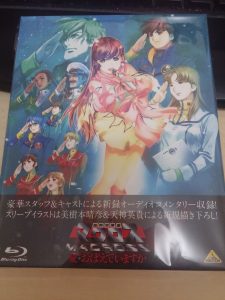 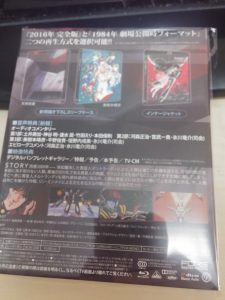 Overpackaged of course, but here we see the glorious Super Dimensional Fortress Macross: Do You Remember Love. 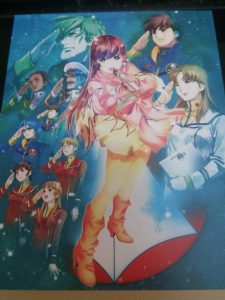 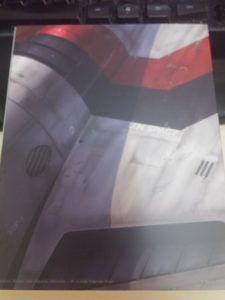 Unwrapping and ditching the obi strip gives us this lovely look at the slipcase. I think it’s cool how it’s so clean without any text on the cover. But I also find the picture on the front a bit odd. It’s by the original character designer Haruhiko Mikimoto, but his recent drawing style is… well if you’re familiar with the show you can tell that everyone looks a bit off. I mean it’s cool to have new artwork from the original artist and obviously people’s styles change over time, it just feels… idk I’m whining about nothing it’s a cool picture. 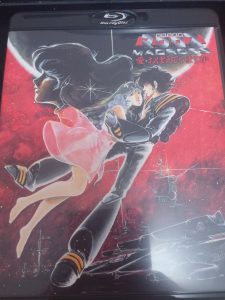 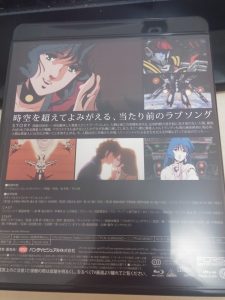 Inside the slip case we get a look at the case proper, with the original poster art by Haruhiko Mikimoto on the front. See I told you his style changed. This just looks great, I love how they went with a black blu-ray case instead of the usual garish blue, gives it a more premium feel. And that poster art is classic! 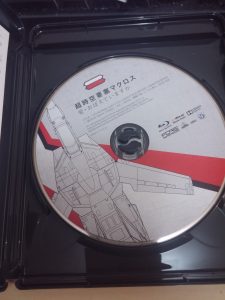 And here’s the disc itself. Now one important thing to note about this is it unfortunately is NOT ENGLISH SUBTITLED. There’s ways to work around this with some computer software if you know where to look for subtitle files to add but yeah this isn’t as readily import-friendly as the release for Delta. It is the best release of the movie to date though, including a choice of the “original theatrical version” with a mono soundtrack, the rerelease laserdisc version from the early 90s with a remixed stereo soundtrack and the footage from Flashback 2012 at the end, as well as a new 5.1 remix. And unlike the previous blu-ray it’s visually uncensored so the occasional moment of gore isn’t blurred. The only caveats aside from the lack of English subs are that the Flashback 2012 footage at the end is unfortunately kinda blurry (I can only assume that the original film masters for Flashback 2012 were lost to time sadly) and the 5.1 remix contains one or two controversial creative choices around music tracks. The stereo mix is the normal one that’s been on previous releases though.

So yeah that’s my Macross amazon haul. One kinda import-friendly release of a new thing, and one very much import-unfriendly release of something that I had to have anyway because there’s not really any other way to get it. My bank account weeps.

Also, in cross-promotion news, over on my youtube channel I did a cover of the theme from Do You Remember Love. Check it out!

← Clannad in shiny boxes
Sierra On-Line: the poor treatment of a legacy →