Well, check this baby out! 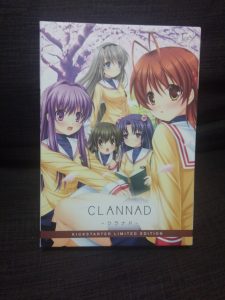 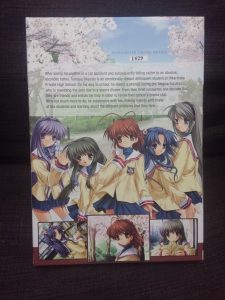 Thanks to the excess of Kickstarter, the English translation project for Key’s megahit visual novel Clannad, run by Sekai Project, was able to produce a limited edition physical box for backers. And it’s really nice feeling, like it’s got a number stamped on the back and it’s got all nice artwork and stuff, it feels super classy.

Let’s open this bad boy up! 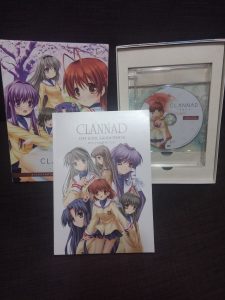 So, inside we’ve got the guidebook/artbook, the game disc, and a soundtrack CD. There’s a nice sort of tray setup to hold it all in place, on fancy printed cardboard. Like I said, this is a super classy feeling package. 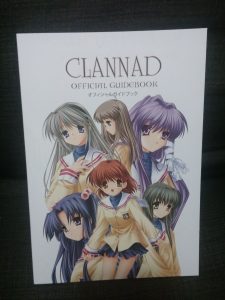 So yeah, guidebook. Inside there’s like concept art and interviews with the staff and some hints on the game. 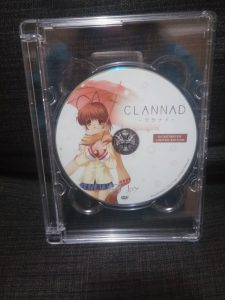 The game disc itself is interestingly in a Super Jewel Box case. You don’t see these sorts of cases used often, so it’s an interesting choice. It’s certainly unique at least. 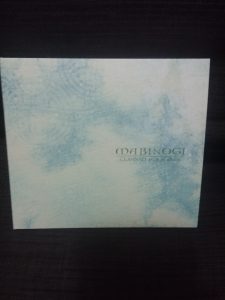 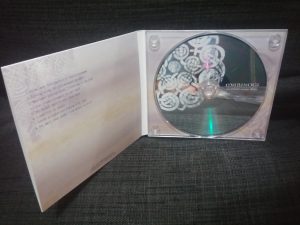 I love the way the soundtrack CD is packaged as well. It’s like a proper CD release and has classy artwork. 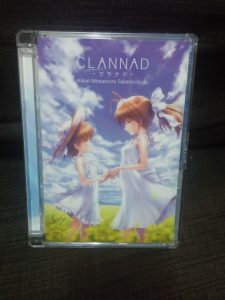 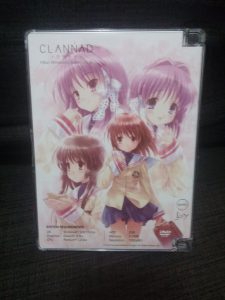 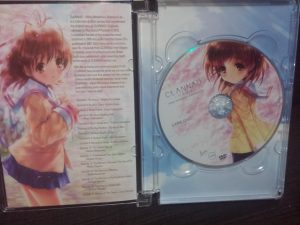 Sekai Project was also able to port the Side Stories to PC, which are apparently originally a novel that got turned into an audio drama and released on PSP, or something. I guess it’s extra stories. Cool to have. It’s less elaborately packaged but it’s still in a Super Jewel Box with a lot of really nice artwork. 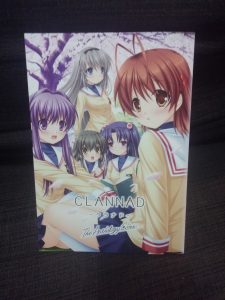 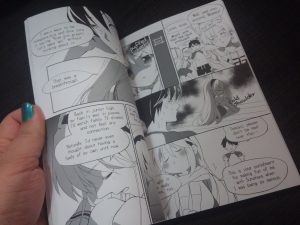 Sekai Project also put together this anthology manga. I haven’t really read it yet, the artwork seems a bit… I dunno. But it’s a cool neat little extra.

So yay, really nice physical boxes of visual novels. The translation project of Muv-Luv is releasing soon, and they’re planning a physical release as well, so I’ll be curious to see how that one stacks up.

← I’ve been slack on this site, but I do have other side projects
Some expensive Macross blu-rays →