Or however that line goes.

Advance warning: this is going to be embarrassing personal ramblings rather than the usual “omg look shiny things with animu on them” that I do. So hey have fun and enjoy my efforts to sabotage the good name of the kawaii uguu dot moe brand.

So it occurs to me that I’ve been bouncing around the internet for quite some time. 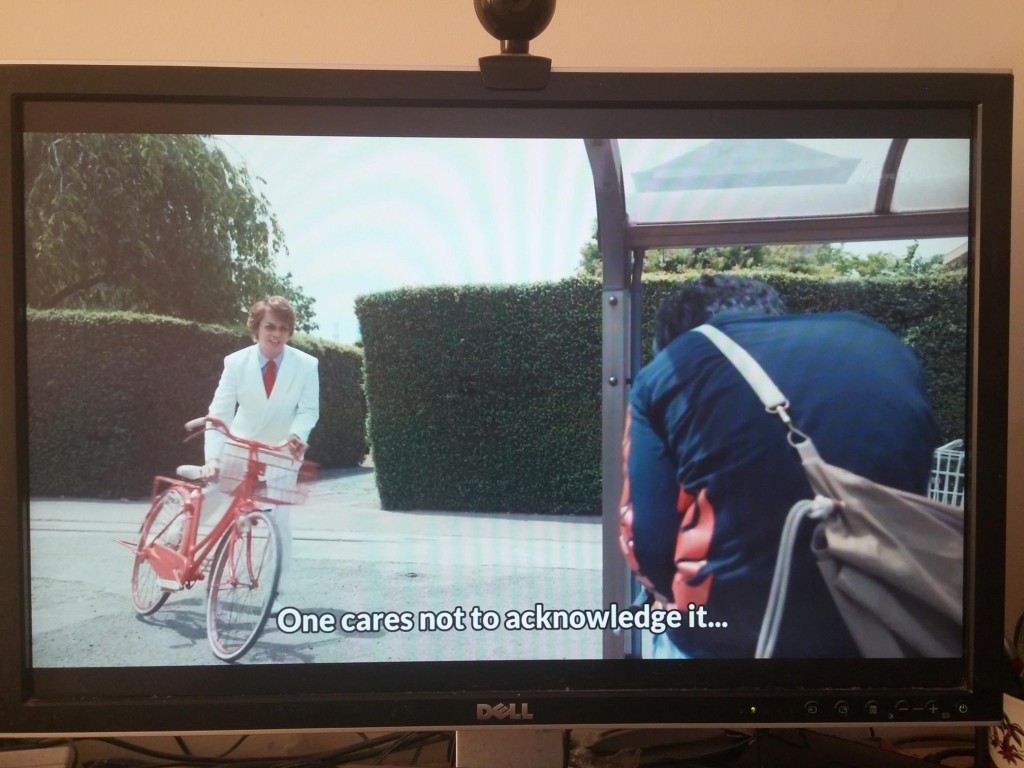 This is somewhat worrying, because for a fair amount of this bouncing around I was that strange breed of idiot creature known as a “teenager”. And for some of it I had no such excuse, but was still very much an idiot.

I had a Geocities page. I posted on Usenet. Hey kids, if you don’t remember these things, I could make some dumb joke where I make some sort of tortured comparison between them and telegrams or something but honestly just wikipedia it whatever.

That was… over a decade ago. I was literally a child. 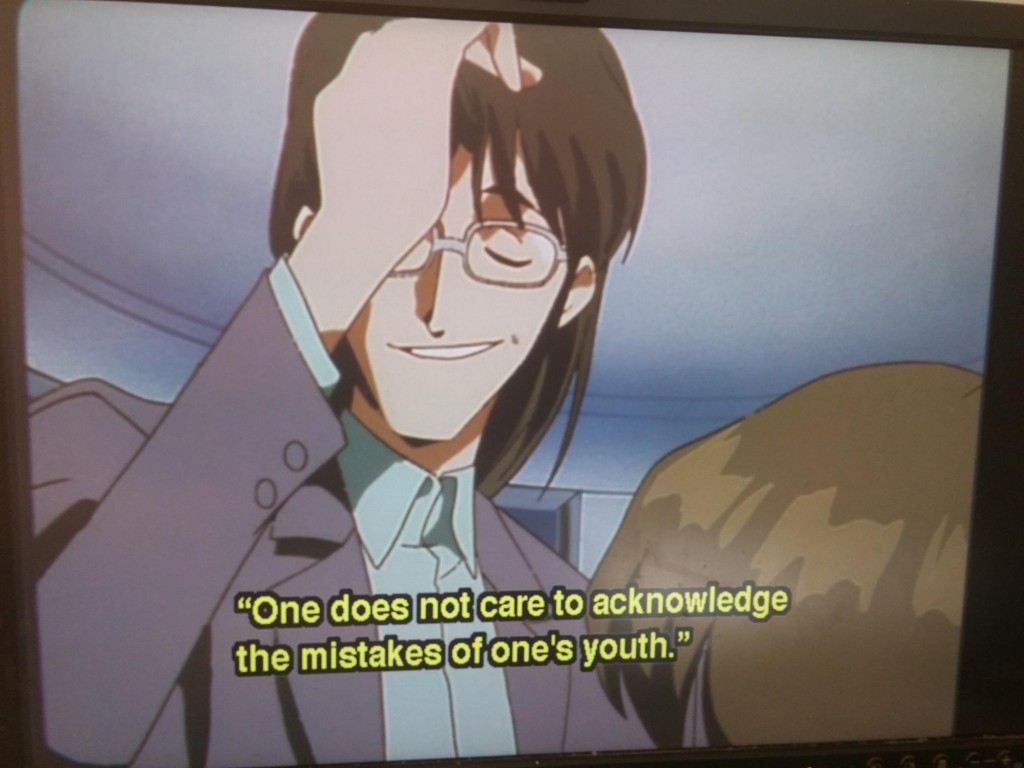 So yeah, once upon a time, when I was like 12 or 13 or something I posted avidly on a pokemon related newsgroup. Avidly enough to make people pissed off at me, even. And thanks to the evil forces at Google archiving everything posted in every newsgroup (I remember they bought Dejanews at some point) I can look at what I got up to. Which was apparently dumb ICQ flamewars (dang remember ICQ?), typing like an idiot including words like “d00d”, being part of some weird roleplay game thing that went nowhere, oh man those other dumb teenagers really hated my ICQ antics. I think there was also an attempt at fanfic writing at one point. But in any case it is all awful and embarrassing.

The reason it was all awful and embarrassing is because I was like 12 or 13 or something. 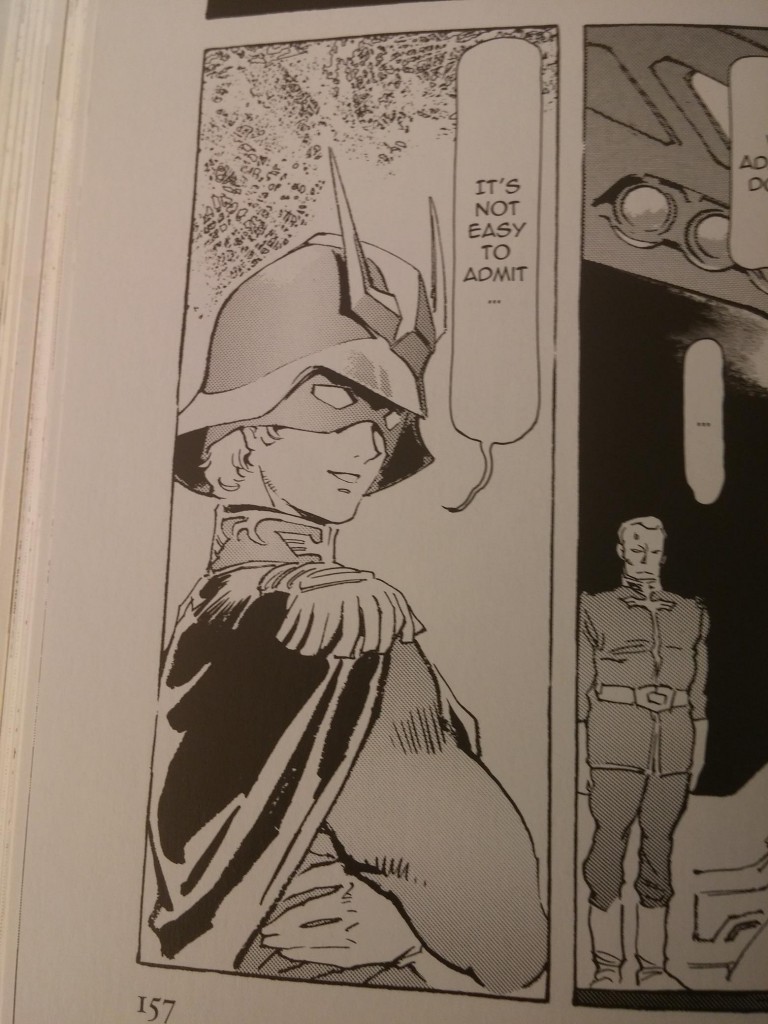 Also, I had a geocities page. I think I must have been like 10 or something when I made it. I don’t think I ever had any actual content on it, although it did morph into variously a pokemon and a dragon ball z fansite later. Yes really. 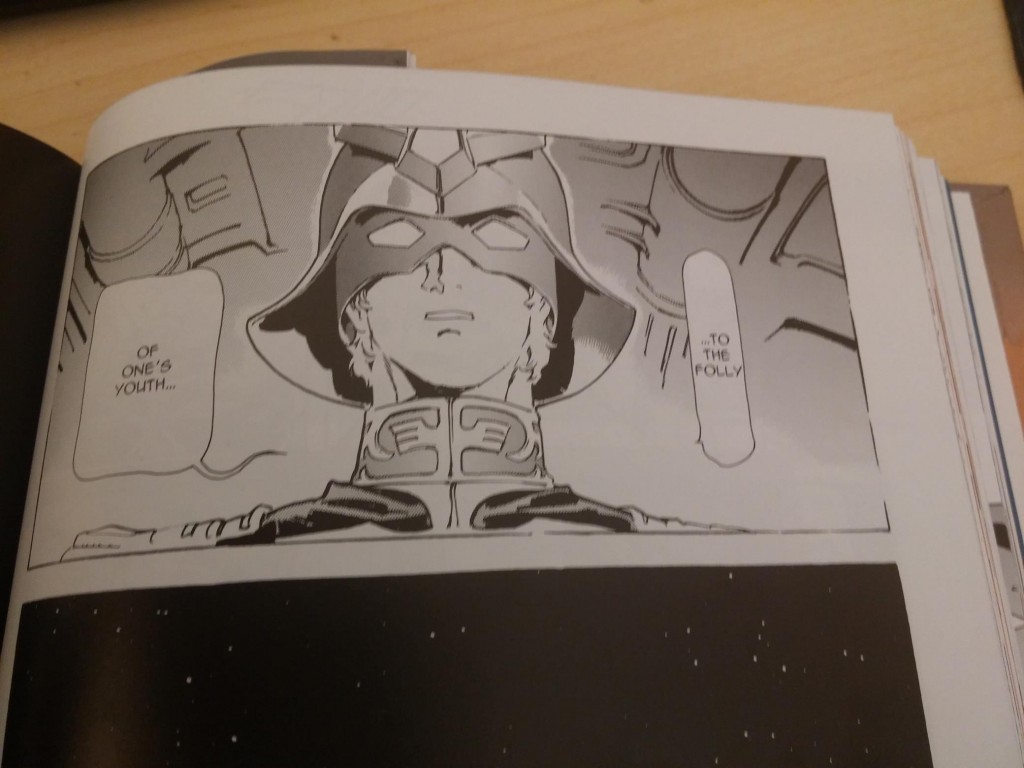 At one point I was really in to the game X-Wing Alliance (a part of the esteemed X-Wing series, which also includes greatest game of all time TIE Fighter, which I have refrained from rambling about here due to a fear of going off-brand). This particular game was multiplayer, and I joined… I guess in traditional FPS terms it was called a clan, I think we called it a squadron, because starfighters and whatnot. What does one call that these days… an esports team? An mmo guild? I dunno. Anyway, thanks to this there’s now a small group of mostly europeans who remember me as being this annoying little brat. As part of this I did this awkward pre-ipod podcast radio type thing on a weekly basis for the squadron, featuring my awkward semipubescent voice. I kind of wonder if any of those still exist… I think the sound of my voice at 13 would be super cringe world. Not to mention whatever passed for my musical taste back then.

So like around this time the popular memes were stuff like “mr T ate my balls” or “mr T vs someone or whatever” and I remember one of the several people in the squadron who found me to be the annoying little brat that I almost certainly was had done some “mr T vs Michael” comic or something.

Luckily I think all of that is lost to the mists of time. Is it mists of time or midst of time? I don’t know or care.

Anyway, it lives on in my painful painful memories. One thing that I seem to remember from my misspent youth was that I was a painfully awkward writer / podcaster / talker / whatever. Like, you know how you might write awkwardly formal without contractions because you think it makes you mature? That was totally me. I think I talked like that as well, worryingly.

At one stage in my life I was a user of 4chan. Thank christ for anonymity. 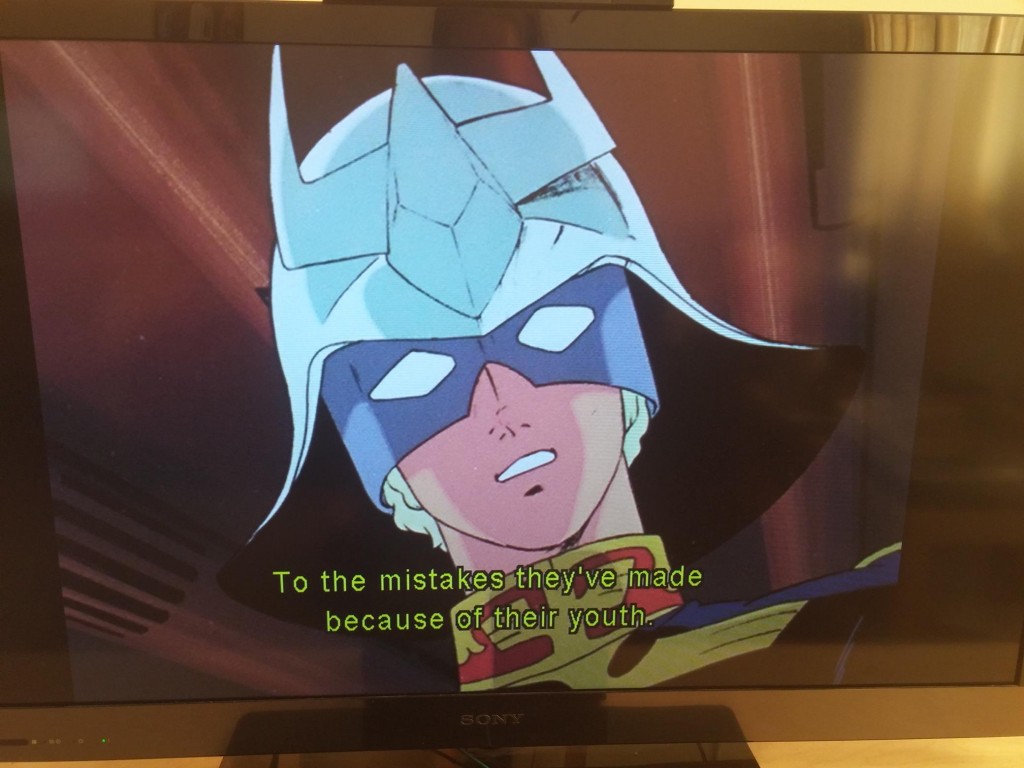 Then there’s my awkward blog that I wrote around the end of high school slash the start of university. This still exists, carefully locked away behind blogspot’s privacy settings. And JESUS CHRIST is it awkward. I’m lucky that none of my teenage political opinions included “google Ron Paul”, but at least one of the things I wrote was after a party when I was probably still drunk and extremely weird about girls. 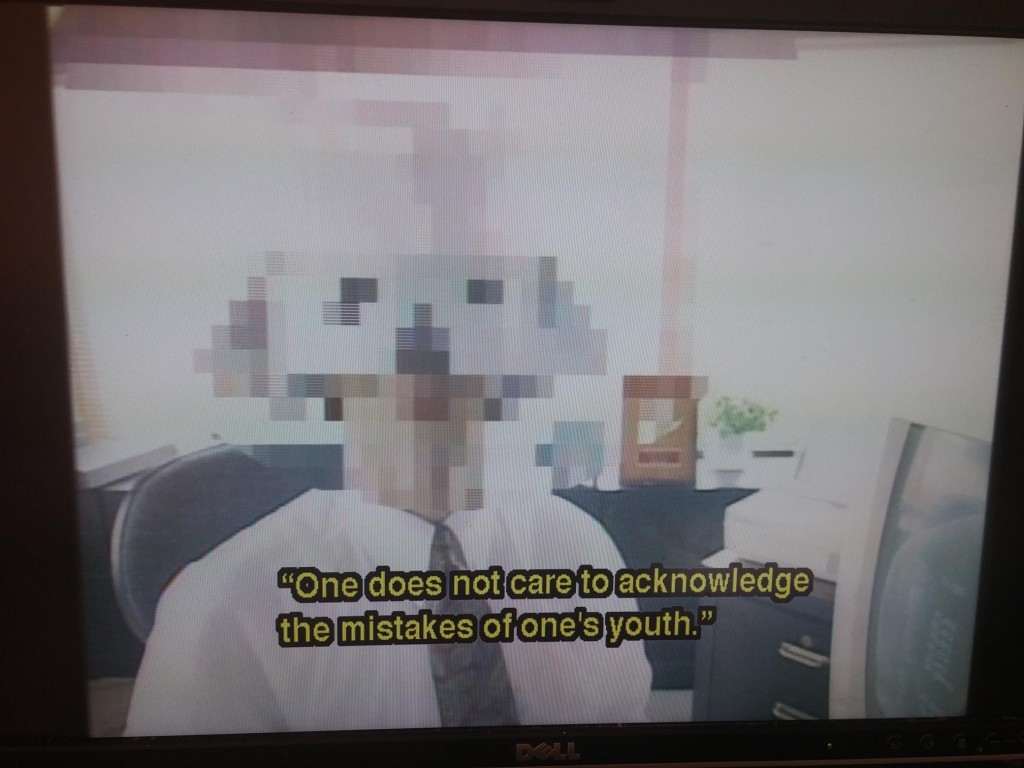 And let’s just not mention my adventures in Second Life.

I also once made some really bad AMVs. I still have copies of two-thirds of my AMV career. 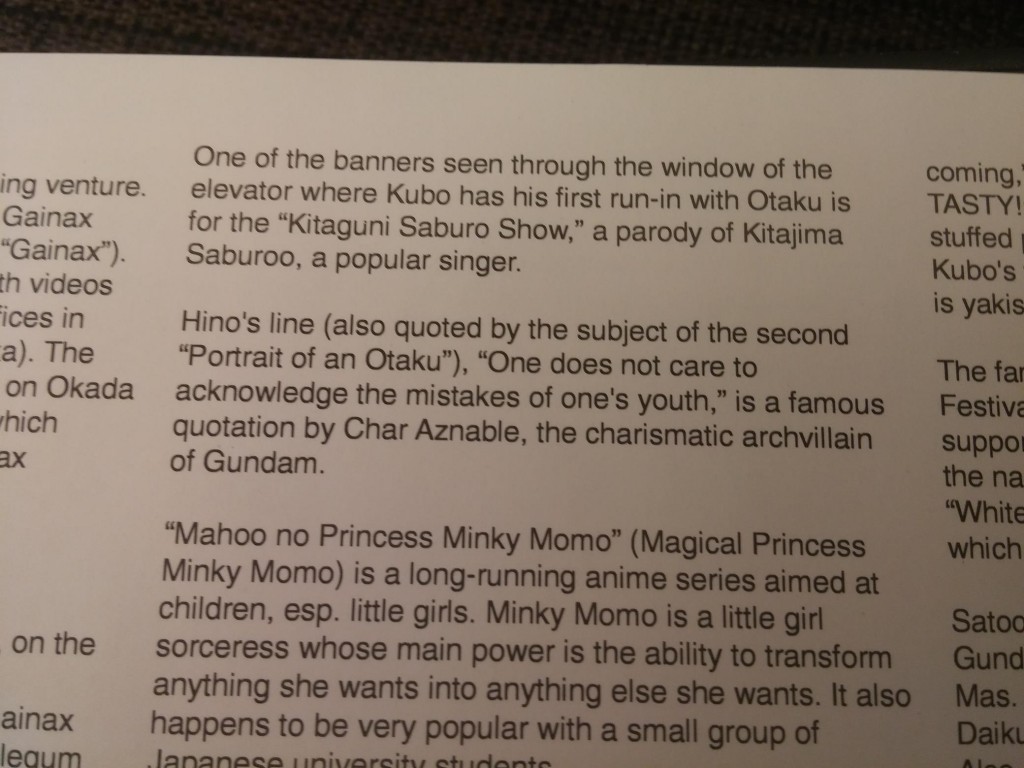 There’s also the predecessor to this site, that isn’t super bad TBH, and it’s still online I guess.

So yeah, I have no idea what the point of me writing this is. Nostalgia? The opposite of nostalgia? A warning to kiddies with tumblr that they’ll look back on their 10 years ago selves and go “ughhhhhhhhh”? A product of my fear of the passage of time and the ever-changing nature of my own identity and self?

An excuse to fill this post with references to a certain Char quote? 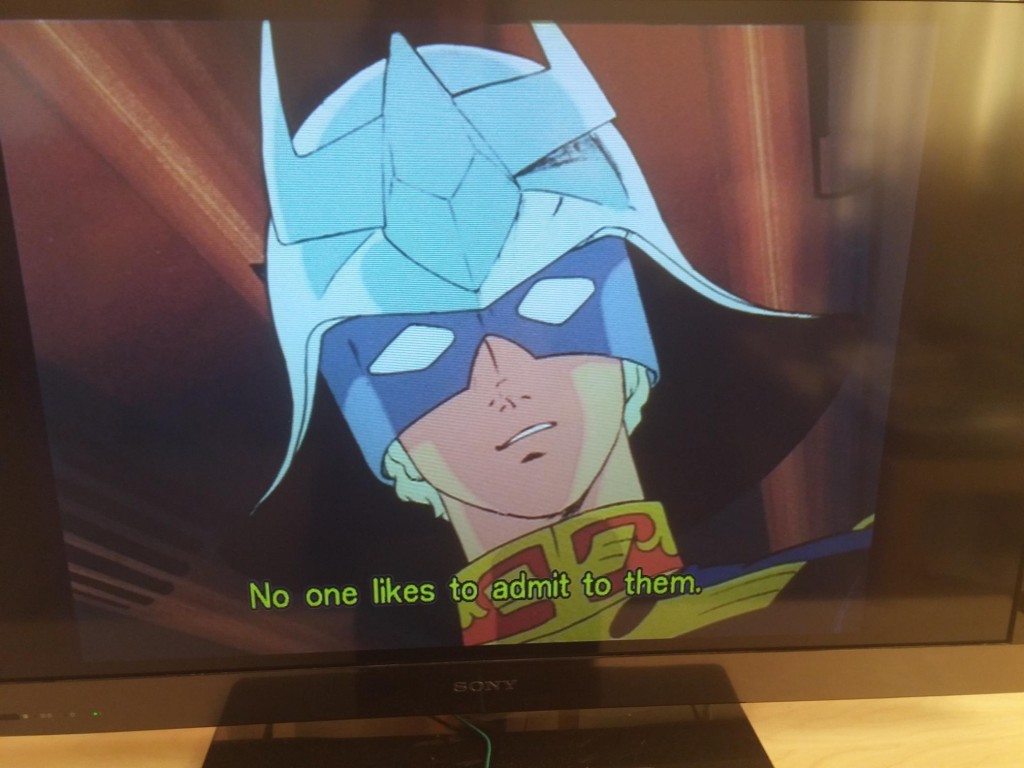 I think those of us with embarrassing dork childhoods like that quote. 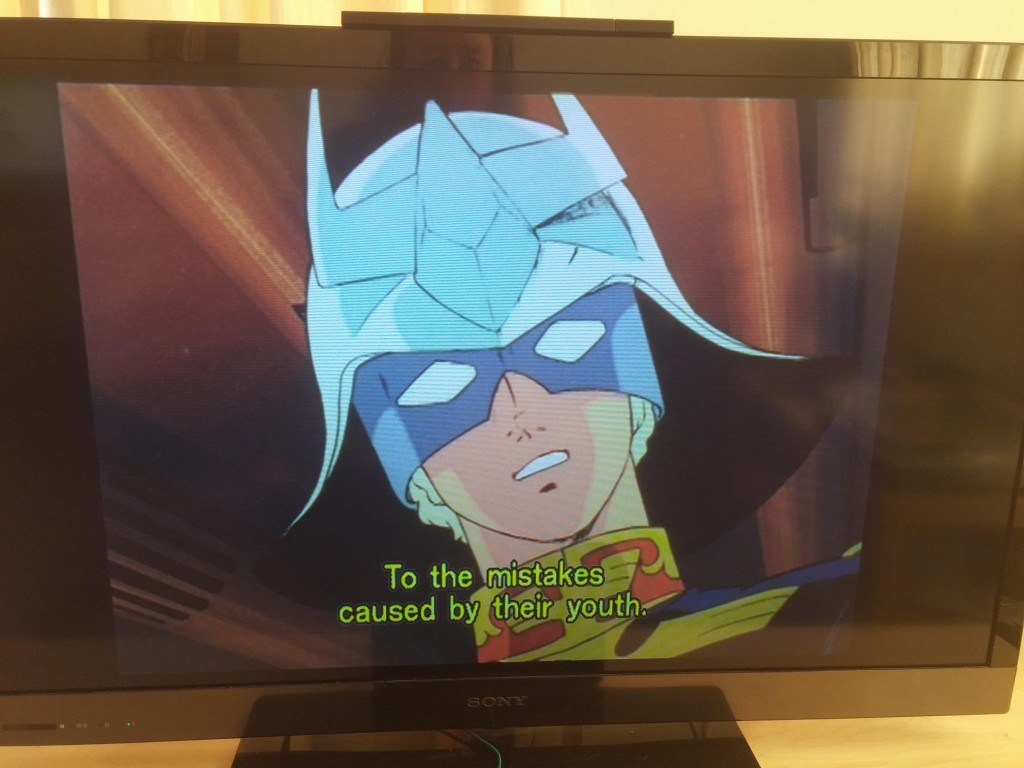 ← Gundam The Origin: it’s about babby Char or something
I’m gonna try and make a fanzine →