Gundam The Origin: it’s about babby Char or something

Arriving home today, there was a box I’d forgotten to expect! 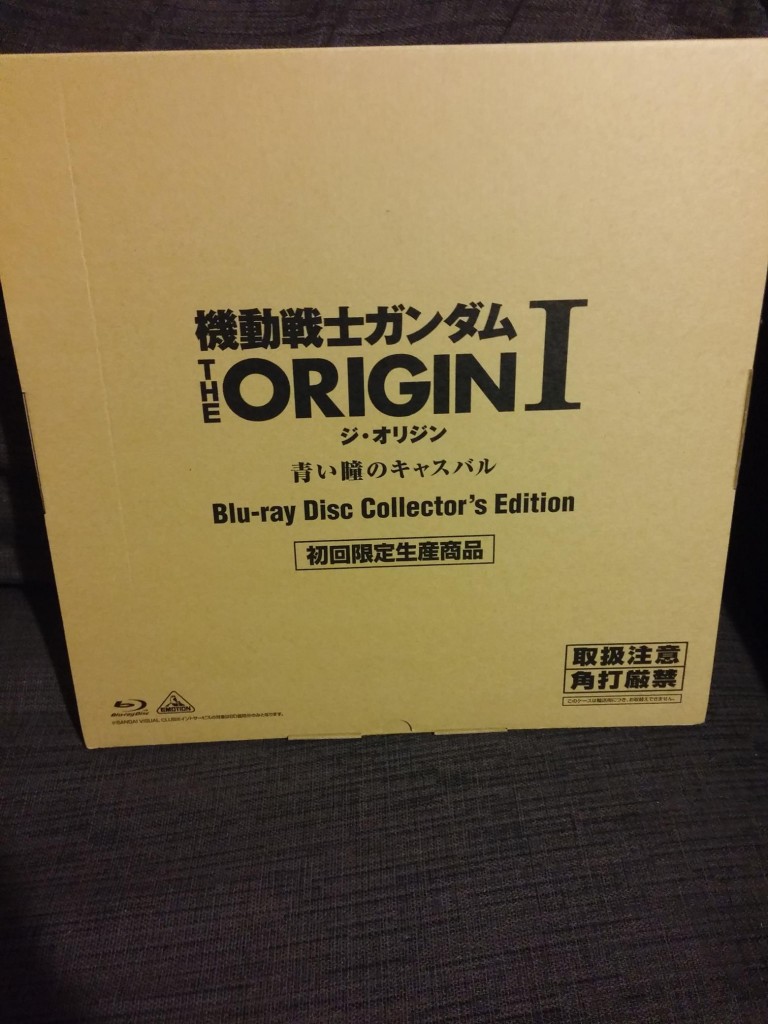 (well to be more accurate this was inside a standard Madman box alongside various air-filled shipping thingies, but never mind that.

Inside this box, we find this box! 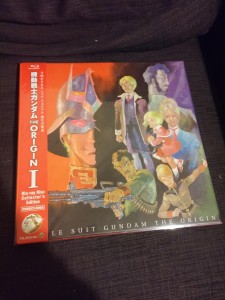 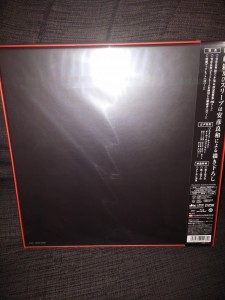 This has that standard Japanese resealable shrinkwrap that they like to use, which always makes me obsessively want to keep things in it.

Setting the shrinkwrap and obi strip aside, we can get a proper look at the laserdisc-sized box art by Yoshikazu Yasuhiko 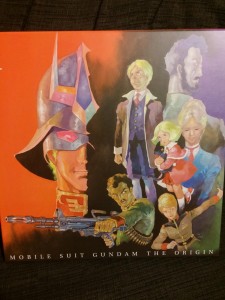 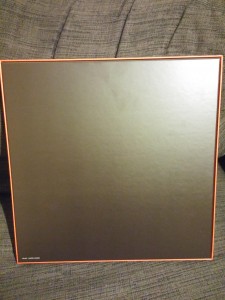 For the younger readers who may not be familiar with the Laserdisc format, a Laserdisc is like an RCA “Selecta-Vision” CED, only made of metal/plastic and read optically with a laser instead of made of vinyl and read with a needle, and not stored in a plastic caddy but just in a sleeve, and significantly more commercially successful.

Anyway, it’s irrelevant since this doesn’t actually contain any laserdiscs, it’s just that size box because anime used to come on LD back in the day and had rad big box art like vinyl records. (For those of you unfamiliar with vinyl records, I had a similarly useless and obtuse explanation back in my Macross Soundtrack writeup).

Let’s open this bad boy up! 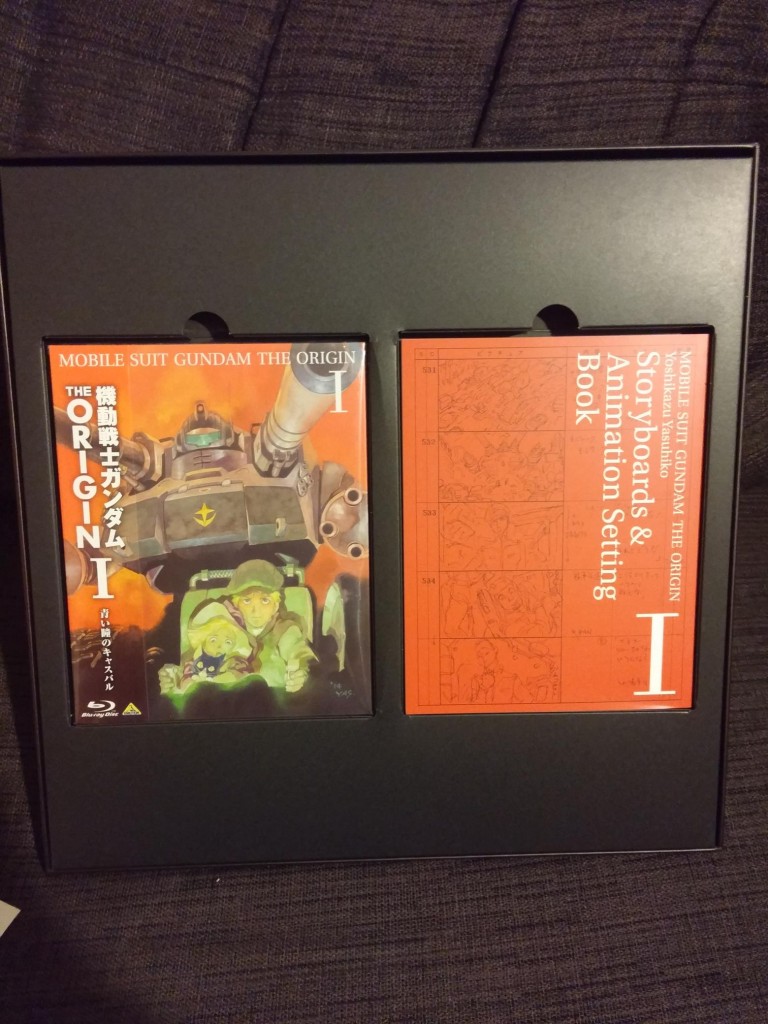 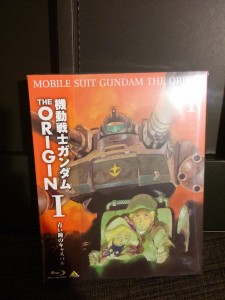 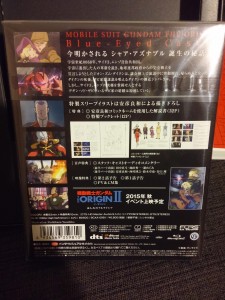 Oh hey this one is shrinkwrapped too (using that nifty resealable shrinkwrap again). Anyway yeah I guess this is what’s more readily available as the standard edition.

Taking this one out of the shrinkwrap we’ve got a booklet and a blu-ray thing in a slipcase (and another obi strip but yeah those are less interesting). We’ll look at the disc thingy first. 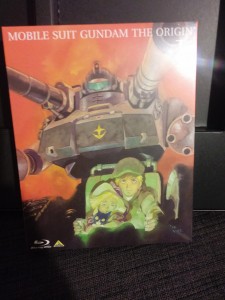 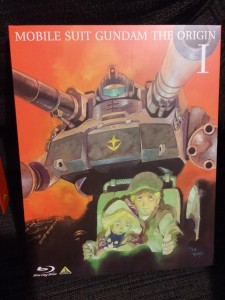 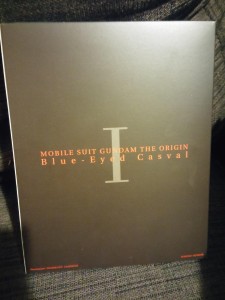 So yeah it’s an O-Ring type slipcase with the cover art by YAS on the front and a clean classy back. You may note the number… there’s gonna be 3 more of these babies.

And inside the slipcase… 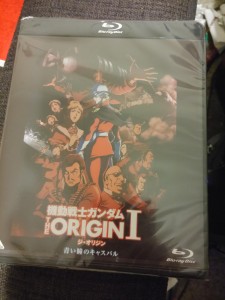 WHY IS THIS SHRINKWRAPPED AGAIN? The slipcase was shrinkwrapped I don’t understand why this is necessary. 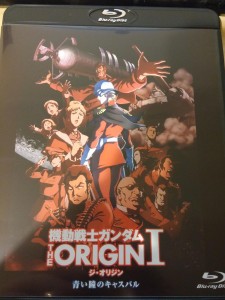 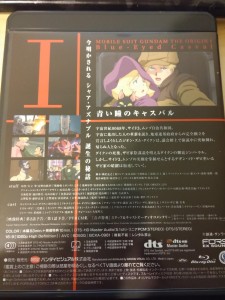 And here we have the actual case. Which has more standard anime looking art on the front instead of rad YAS art. Also a classy black colour as opposed to the usual garish translucent blue. 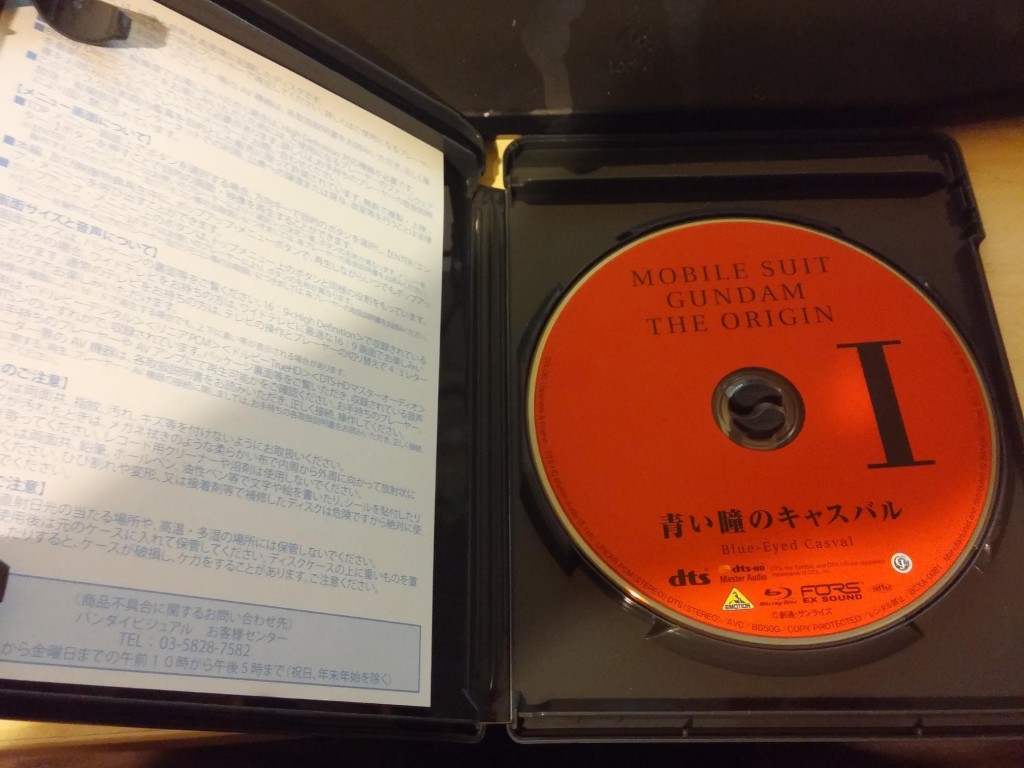 Contained inside the case is the actual disc.

What’s on the disc? I don’t know, I haven’t watched it yet, but if I believe the packaging it’s got an English dub and subtitles. Helpful.

Now, let’s work our way back up and look at various booklets. 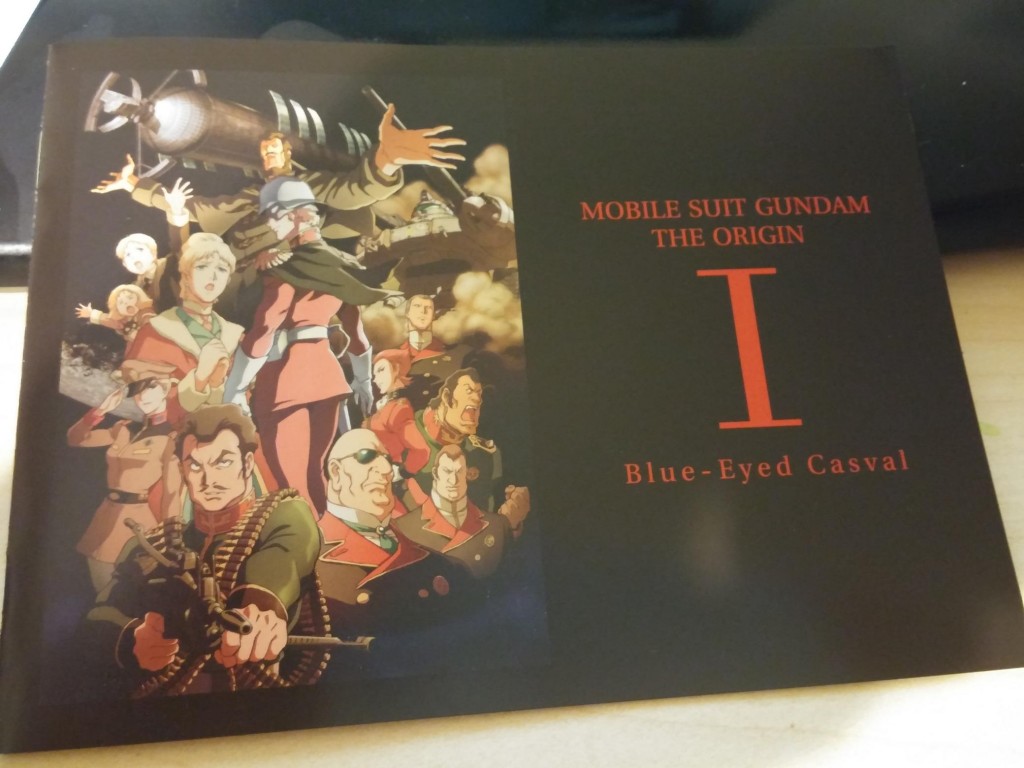 This one was in the case (underneath that white japanese text thing that I’m not sure what it’s for). 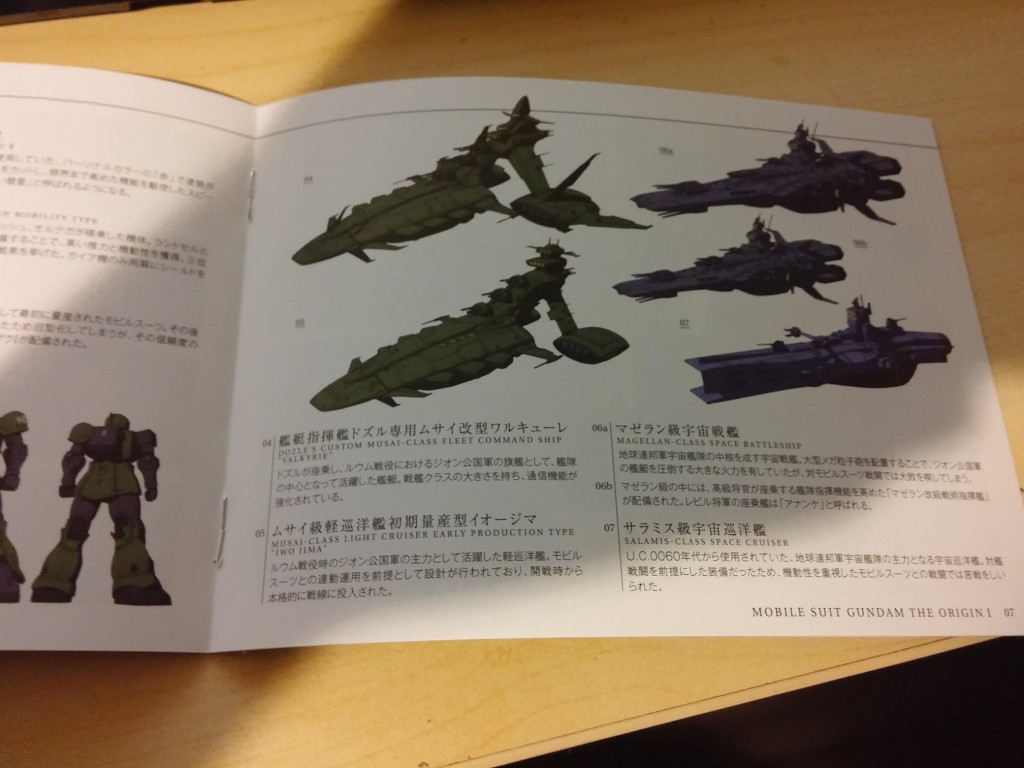 Behold artwork of designs and whatnot!

Alongside the slipcase’d box we had this booklet! 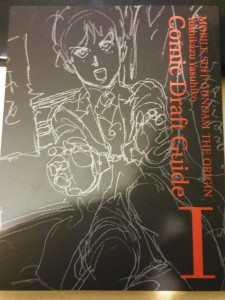 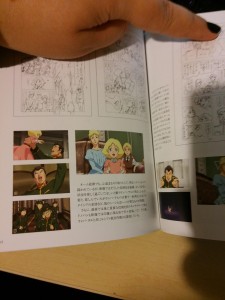 So yeah this one is all pictures from the comic comparing it to the show I guess? Or something?

And then there’s the third booklet, sitting in its own little compartment in the big box. 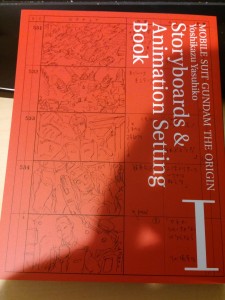 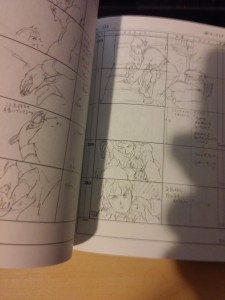 So, this is a pretty serious release. Although a lot of the extra material is really only useful to me for pretty picture purposes since unlike what other publishers do sometimes, Sunrise hasn’t seen fit to include a translation booklet with this release (even though it’s one of these import-friendly releases that they sell through RightStuf et al). But I guess now I’ll eventually have like 3 more of these. Won’t that be fun!

And I should probably watch the cartoon. After all, it’s all about Char Aznable, a man for whom I have very strong feelings.

← I am continuing to enjoy the Time of EVE: and here’s why
One does not care to acknowledge the mistakes of one’s youth →