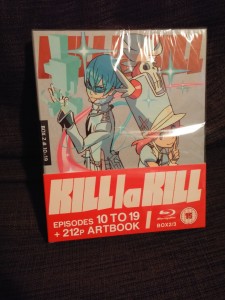 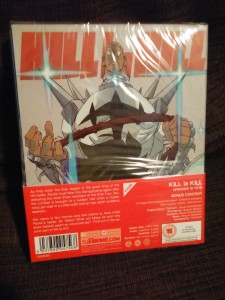 That’s right, now I own two volumes of this masterpiece. 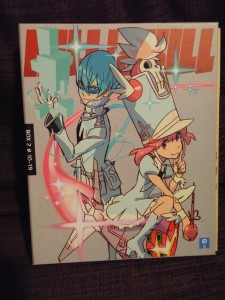 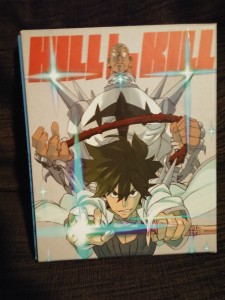 I was about to say “two thirds” but it occurs to me that due to the way the disc count is apparently working with this I have four fifths of it. Anyway, yeah, cover art features the Elite Four. That’s right, Pokefans, they’re called that. 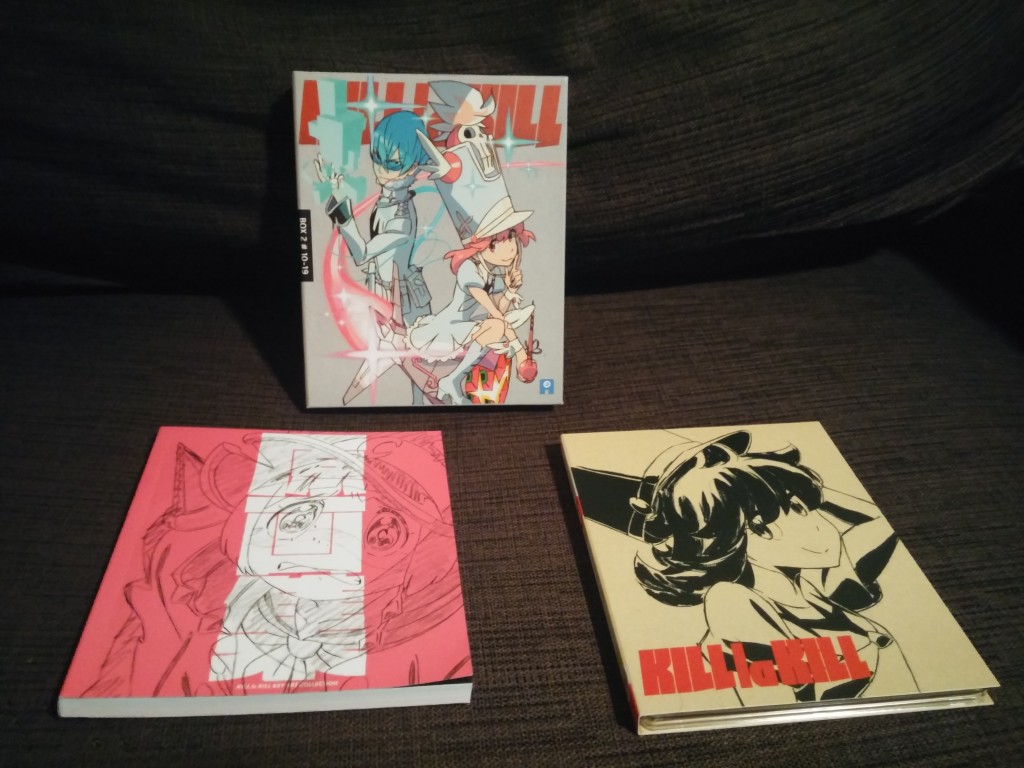 Basically the same as Volume 1. Booklet and discs. 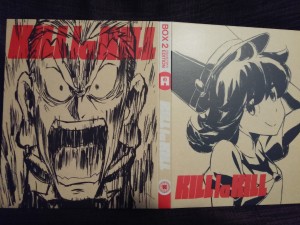 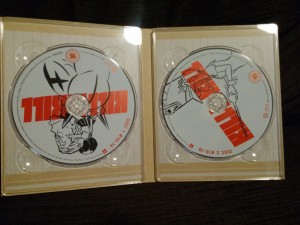 The discs are in this thing. Featuring Gamagoori’s shouting face! (best character)

So far I have watched an episode (dubbed) and the discs seem fine. Anime Limited seems to have ditched the weird hardsubbing thing after disc 1 of the last volume, so it’s all normal softsubbed stuff. 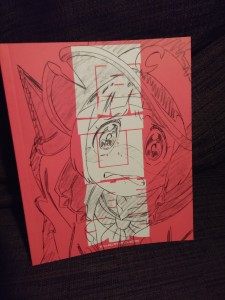 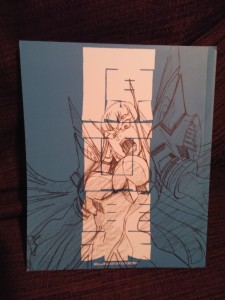 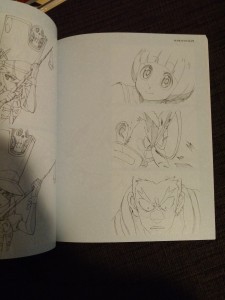 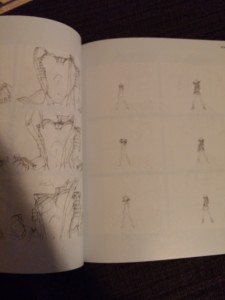 Booklet contains drawings and whatnot. I kinda gotta admit that as cool as it is I never really looked at the booklet in the last volume. I guess maybe I’m more of a fan of text content or full-colour art? I dunno.

Naturally, we must see this item alongside its predecessor, for some reason. 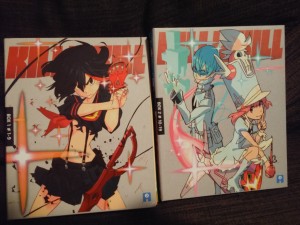 So yeah, design matches and spines match and whatnot. As one would expect. Volume 3 is supposed to come with a box to hold the whole lot, hopefully. We shall see.

← Genshiken: anime about anime fans, how meta
I am continuing to enjoy the Time of EVE: and here’s why →