I picked up a box today! Unfortunately it was not big enough for me to hide in. 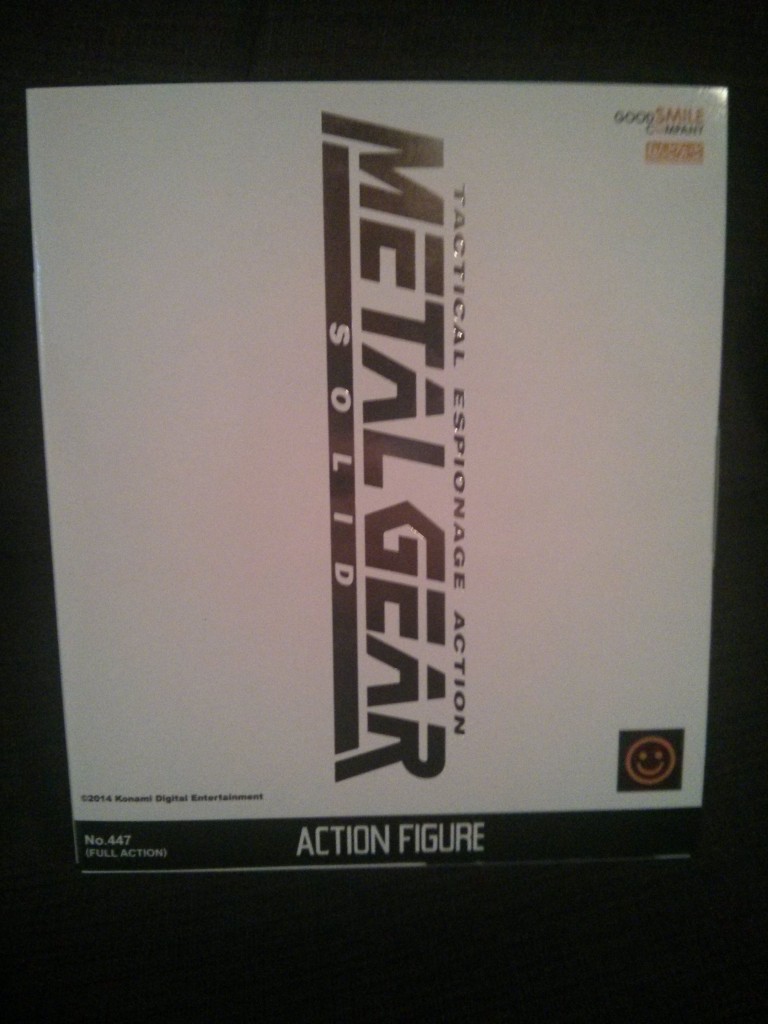 This box was allegedly designed to kinda look like a PS1 game box (although more obviously so in the preview picture, I think they had to tone down some design elements). 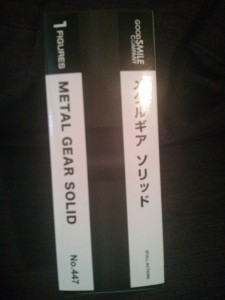 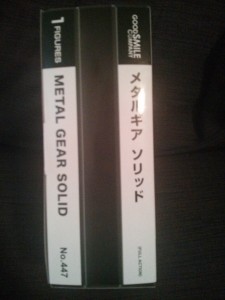 Even the sides continue this theme. 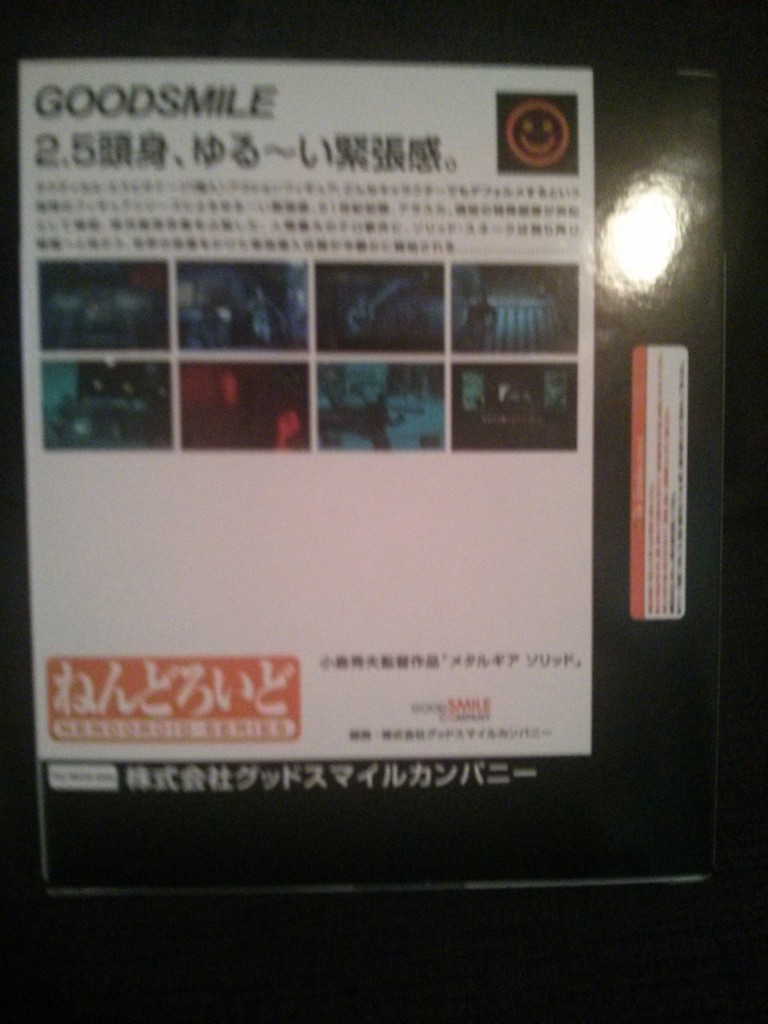 I always wonder if posting the back of a Metal Gear box counts as defeating copy protection due to Meryl’s codec number. Luckily my terrible phone camera saved me from this by apparently making this photo mega blurfest.

Anyway, it’s the contents of this box that we’re interested in. 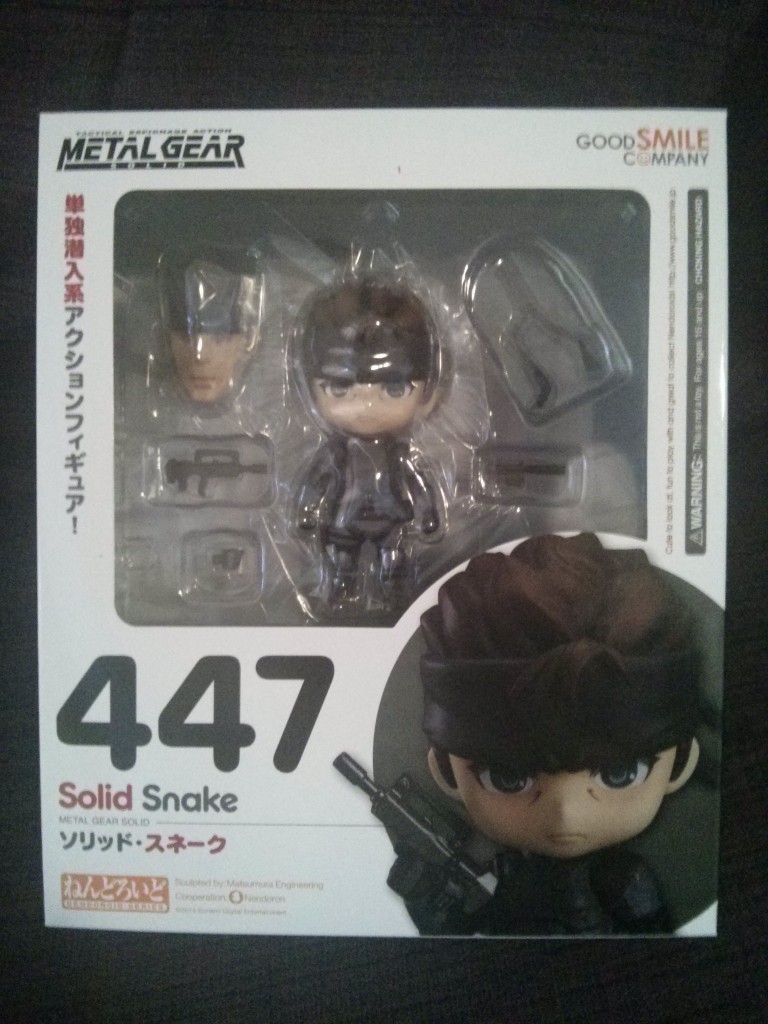 It’s… another box! With the most ADORABLE figure inside. Legendary badass Solid Snake never looked so moe. 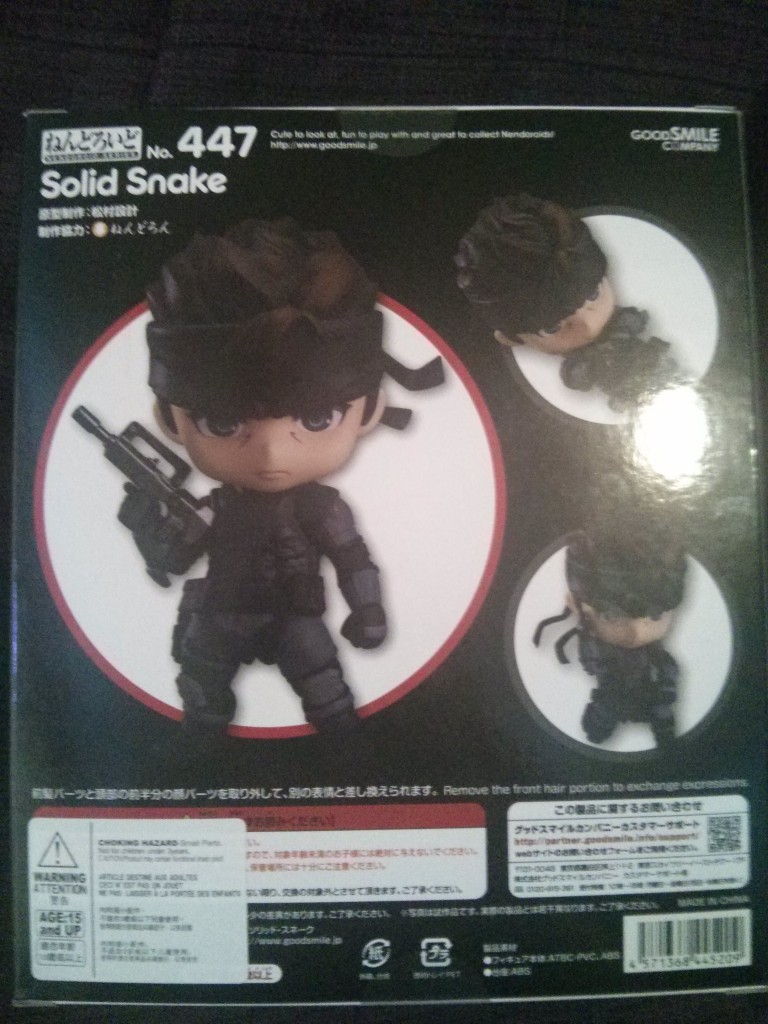 More adorableness on the back! 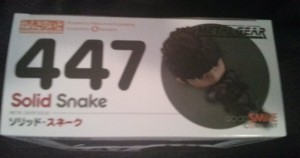 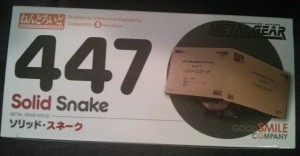 And on the sides as well! Take note we even have a box pose. I’ll be coming back to that once I get this thing open. 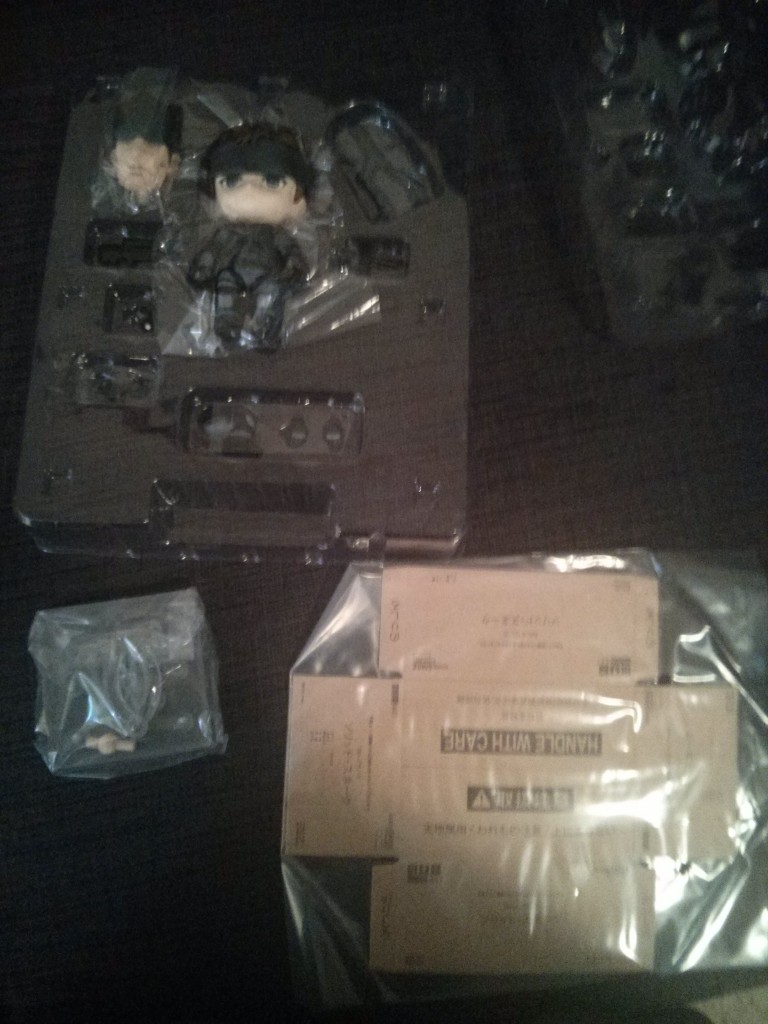 The ridiculously cute Solid Snake nendoroid comes with everything you see here (batteries not included or required, why would I even mention batteries). 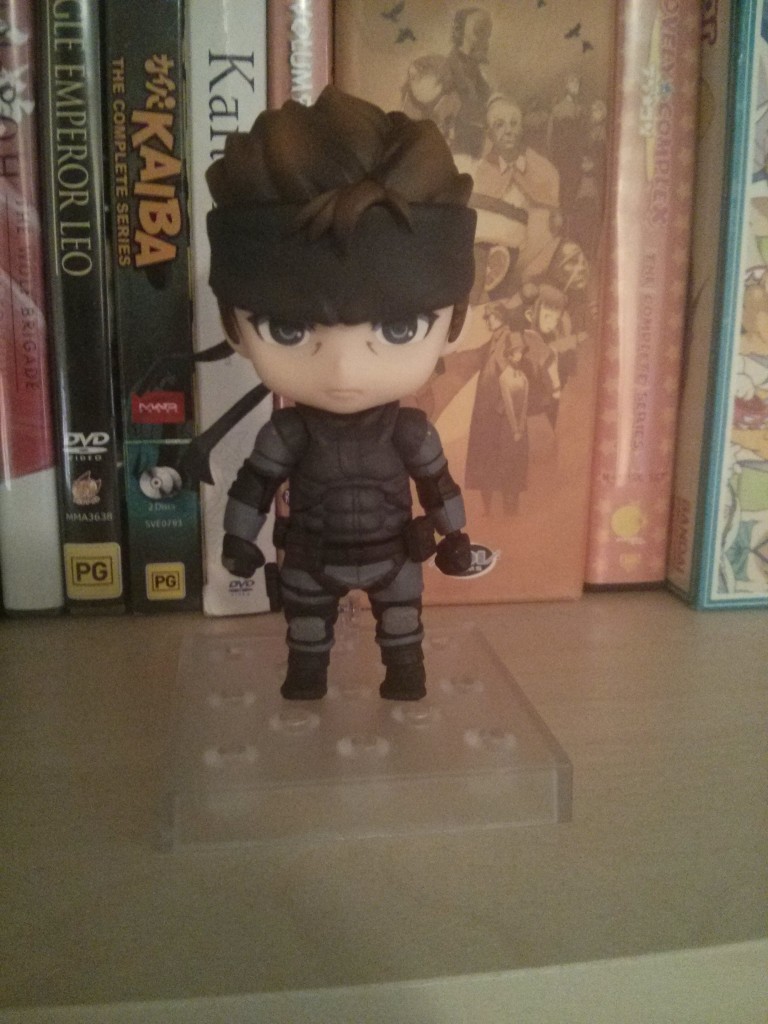 And this is how he looks out of the box and on his stand and whatnot. 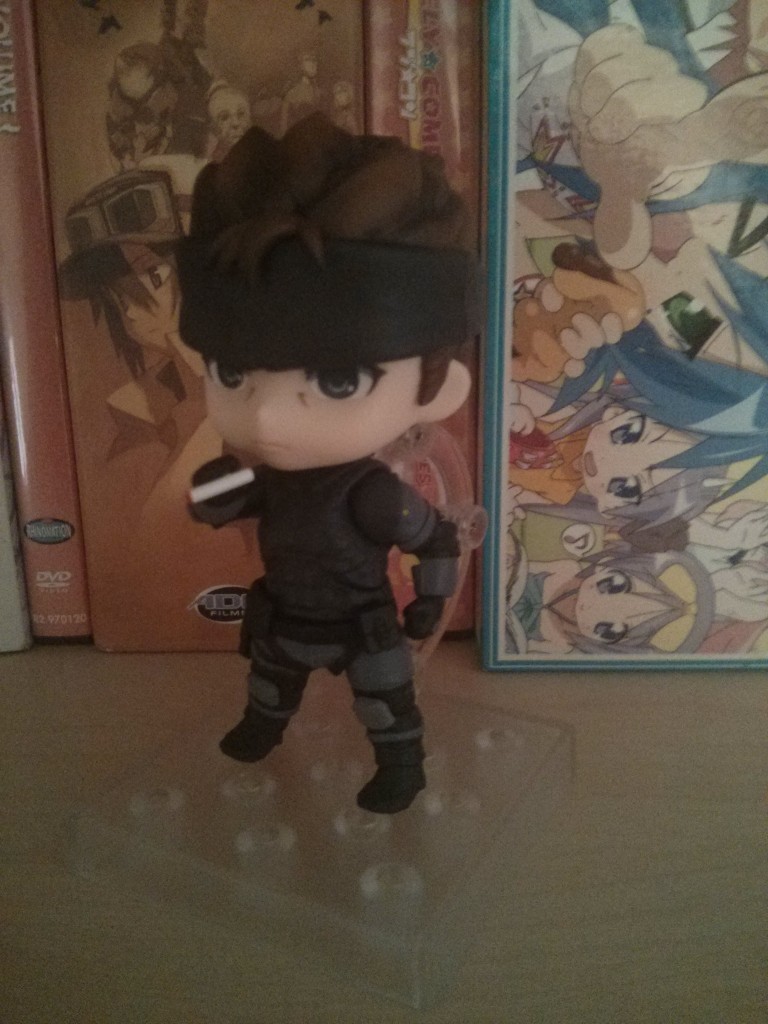 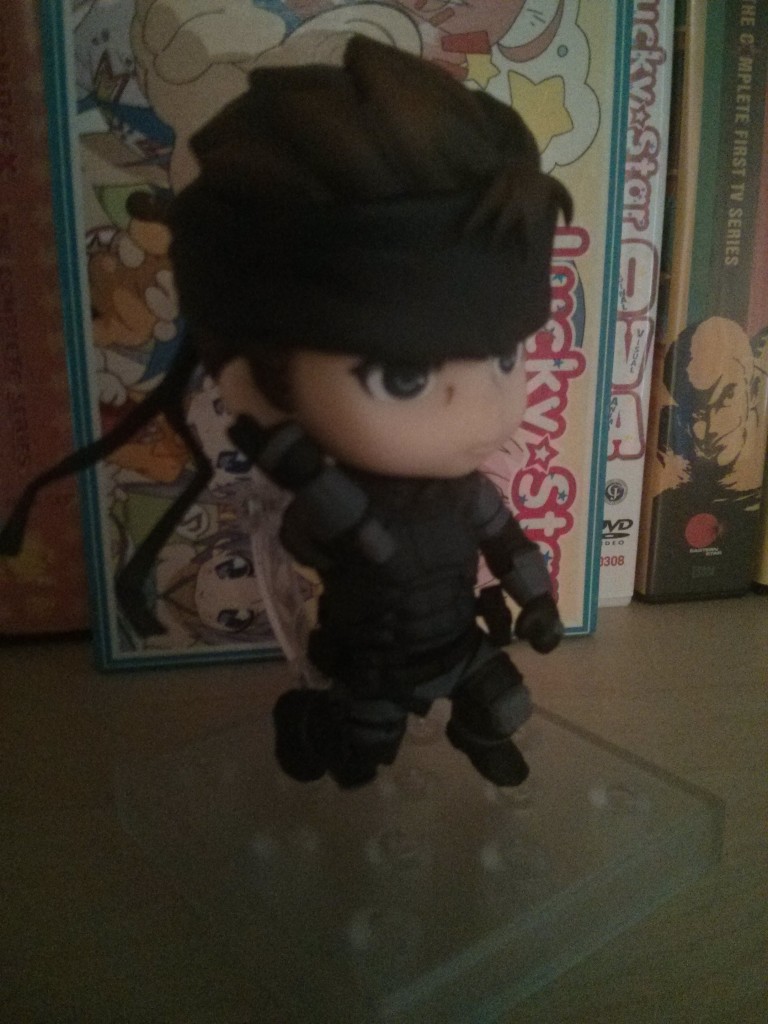 “Snake, this is the Colonel! To walk, put one leg in front of the other repeatedly.”

“One leg in front of the other, huh?” 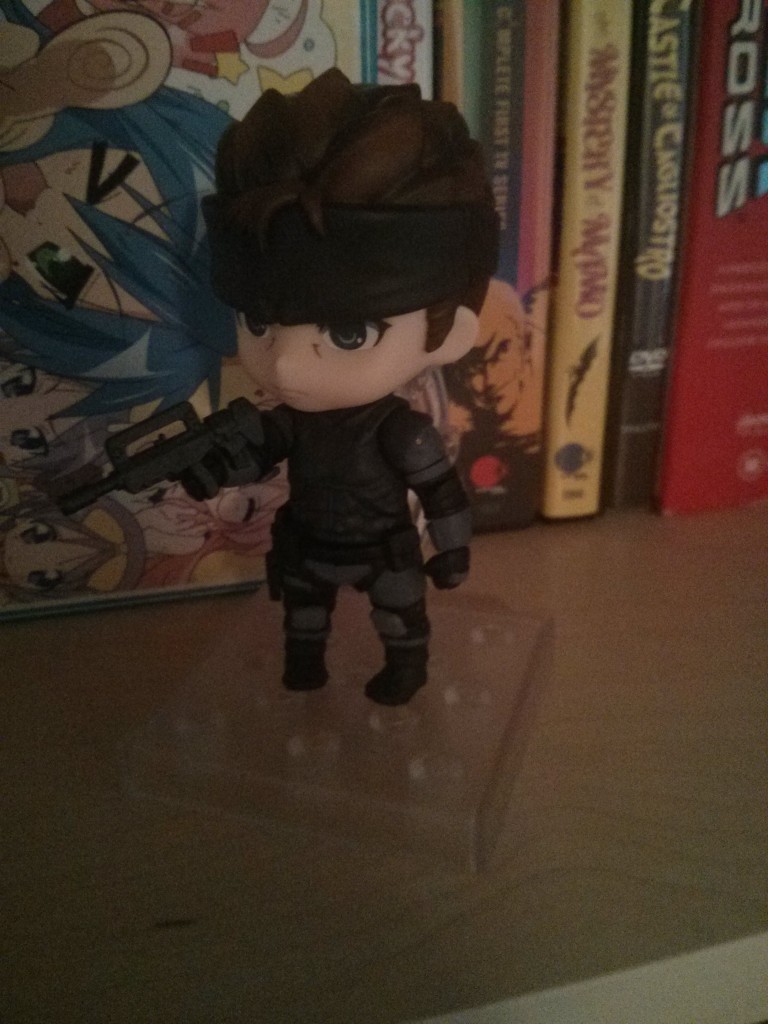 Snake has guns and the ability to hold them, naturally. All of which he had to nick from someone during the mission, because actually giving him guns at the start would just be ABSURD, right? I mean why would anyone think to do that? 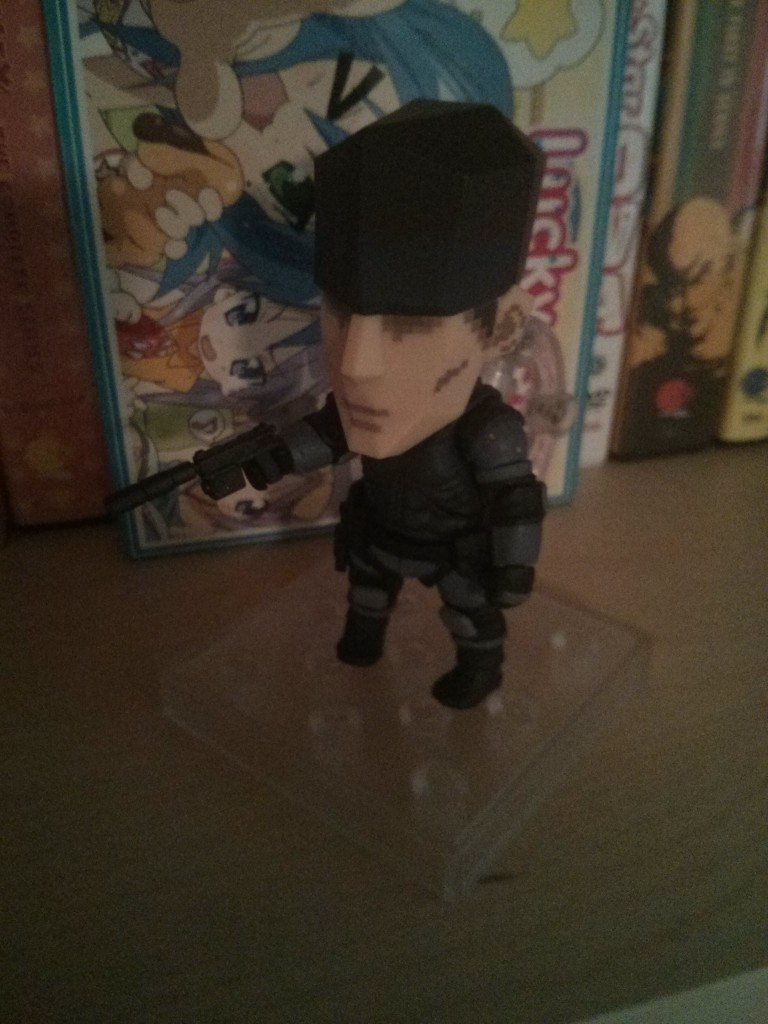 Also there’s this hilarious retro head. Unfortunately we don’t have any changeable facial expressions for this particular nendo. I guess Snake always looks super pissed off all the time. 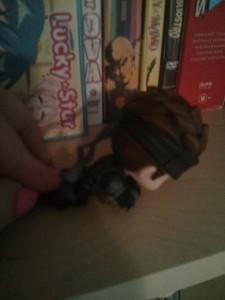 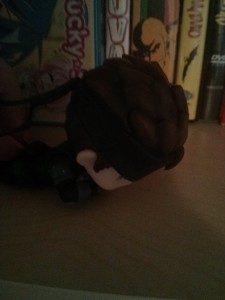 One thing that kinda disappoints me is the crouching/prone position. It comes with a little stand thingy for him to rest on, but I couldn’t figure out how to get him to stay put without being unbalanced by his huge head. Maybe I was doing it wrong. Oh well. 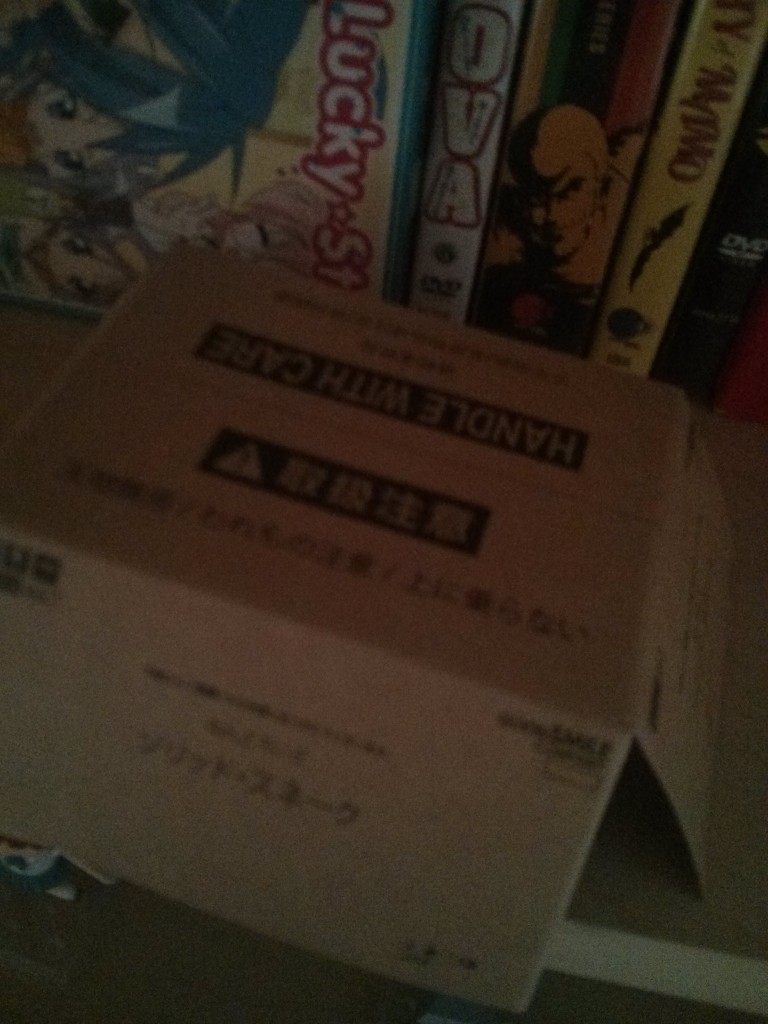 Also, the infamous cardboard box needs glue to assemble. I have none. Oh well, I’ll do it in the future I guess.

So yeah, that’s gotta be one of the cutest things ever. I mean, I keep imagining like a chipmunk version of David Hayter’s voice coming out of his mouth or like a little kid doing Snake impressions or something. Never before has the world’s greatest soldier been so adorable.

A few notes: in terms of posable joints and whatnot, he seems to have a lot more articulation than my KLK figures. They relied a lot more on “swap out this arm for an arm that’s bent the right way”. But they also came with different faces, so yeah.

Also, thanks to the standardised design of Nendoroids, I can do this! 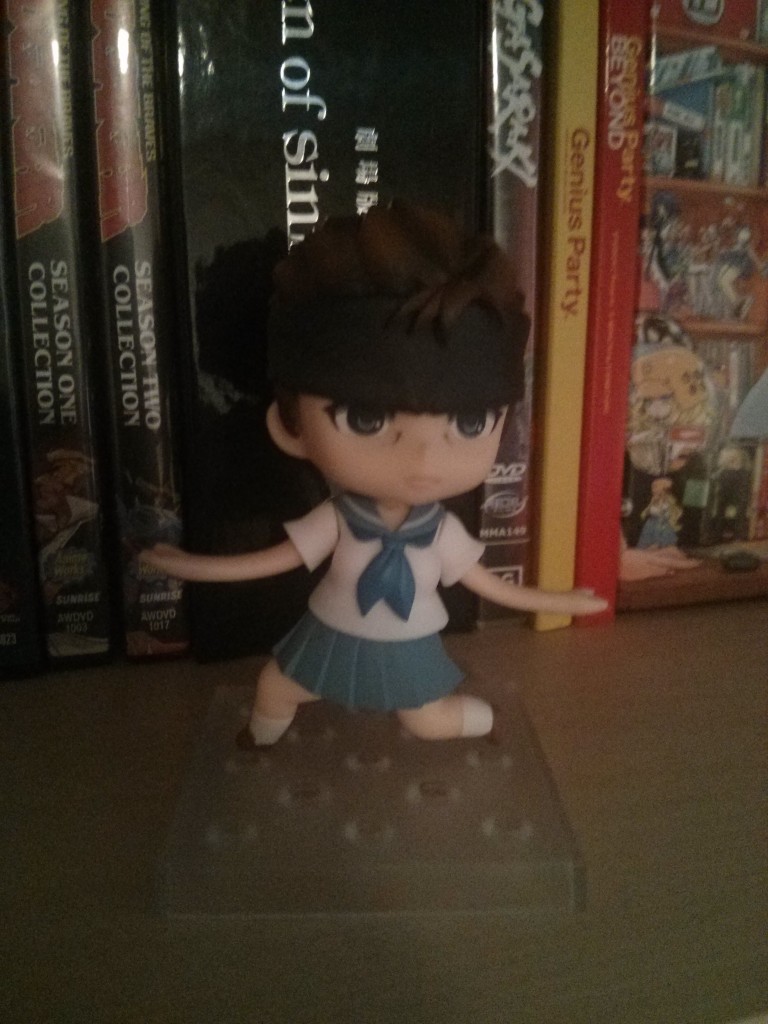 Yes I am a comedic genius or something.

Meanwhile, let’s hear from everyone’s favourite mascot character, Website-tan, who seems to be threatened by Solid Snake’s incredible skills of sneaking and stealth. 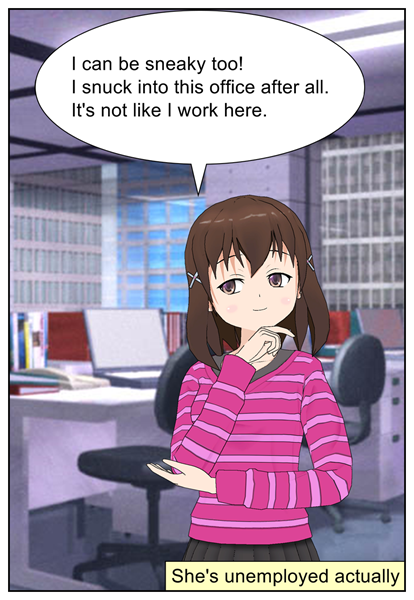 *Disclaimer: according to the packaging, nendoroids aren’t toys and contain small parts.

← Not Scarlett Johannson: The Major, in action figure form
Do You Remember Vinyl: Macross songs on LP →