The magic of Christmas and Crowdfunding: Santa Company

And so we come to the other kickstarted anime Blu-ray to arrive around Christmas… Santa Company, from Kenji Studio. Which actually arrived a few days after Christmas but luckily thanks to digital downloads I was able to watch it on Christmas. And I’m doing the write-up even later, because January is totally the best time for write-ups of Christmas themed stuff.

So yeah, it’s a Christmas themed anime. I was kinda late to this one (didn’t back the original Kickstarter but they did a follow-up one for a making-of disc and I jumped on that) so I’m not really familiar with the context or history of this project. I thought it was a cute film, if somewhat low budget, although the budgetness is understandable considering the kickstarter didn’t exactly make Little Witch Academia 2 kinds of money.

Anyway, let’s look at the release itself, courtesy of a better camera than usual since I took these while visiting family over the holidays and was able to borrow one (as was the case for my BGC writeup as well). 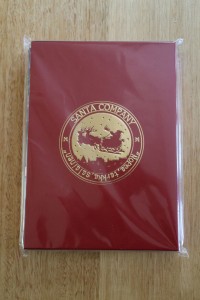 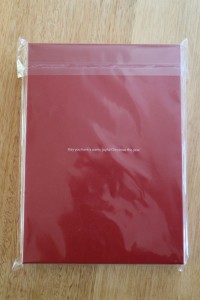 First thing we notice is it’s that Japanese resealable shrinkwrap that they seem to like so much. I’m never sure whether I’m supposed to keep stuff in this… in general I do since it helps avoid wear on the generally quite expensive insides, but stuff tends to look neater on shelves without it. 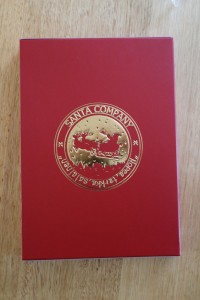 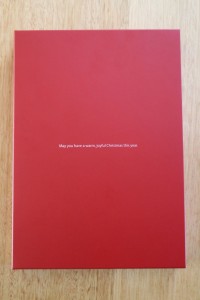 The box reveals a quite nice classy embossed gold logo on the front, and the utterly adorable slogan of “May you have a warm, joyful Christmas this year.” on the back. I can only assume that the spines read “Santa Company” in katakana, but I could be wrong. The bottom of the box is interesting only in that it lists a Japanese retail price of 5000 yen, which I thought was unusual for a release that was distributed through an English-language kickstarter project. These observations may or may not tie into a larger theme later. Only other thing I feel compelled to point out is that on the disc spine, instead of the DVD Video logo they’ve incorrectly used the DVD-ROM logo. This only affects dorks like me. 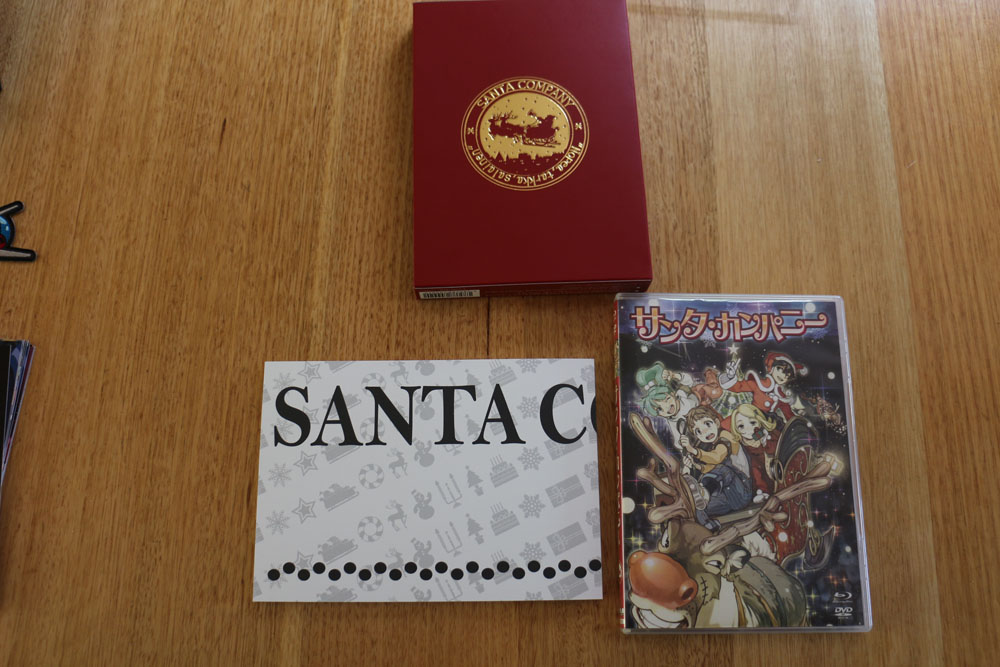 Inside the box we have a DVD case and a book. Yes they’ve used a DVD case, thus making it slightly taller than its neighbours on my blu-ray shelf. This would upset me except that since this has happened with other releases my shelf is eternally inconsistent in height so I’ve just gotta deal with it. 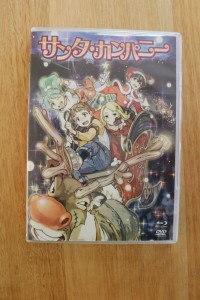 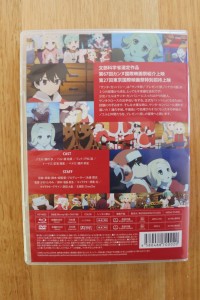 The case has some cool art on the front, and the usual blurb and credits and technical details on the back. At least that’s what I assume they are, since I don’t read Japanese. It continues to be interesting that this release that was produced as part of an English-language kickstarter campaign seems to be largely targeted to a Japanese audience. At least a close look at the technical specs reveals the words “English subtitles”. It also reveals the incorrect use of the DVD “Region All” logo for the blu-ray, but does at least use the correct DVD Video logo (although it’s incorrect on the front). Yes I know I am a total dork for noticing this stuff. 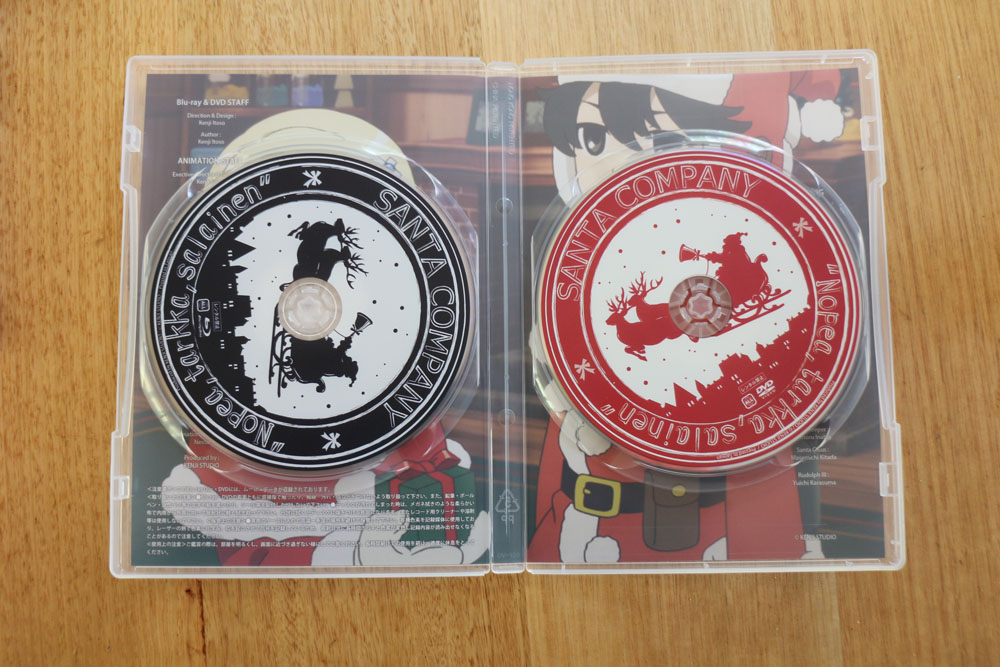 Inside the case, we find two discs. We also find inside artwork that I haven’t bothered to photograph but that does contain actual English-readable credits.

The discs are somewhat interesting in the way they handle subtitles. Normally for DVD and blu-ray, one uses the built-in subtitle function in the format, allowing for a single video stream to have multiple selectable subtitles. But with this release, what we get when putting it in is a static menu asking us to select English and Japanese (the only menu on the disc, no chapter options or anything), each option playing a separate video file, with subtitles hard-encoded into the English option. This doesn’t really cause an issue since both copies of the video fit easily onto the disc, as it’s only a 30 minute film, but it’s kinda weird, since I’m used to seeing soft subtitles used. It also kinda sucks for non-English speakers, since as part of the download package they also provided a version with French and “Itariano” subtitles (I assume “Itariano” is Italian, yes that’s really what the provided link said). With soft subs it would be easy enough to have a whole bunch of subtitle tracks in every language available, but I guess it is what it is.

Remembering back to other kickstarted blu-rays, subtitles have inevitably caused headaches and delays, since apparently the Blu-ray subtitle standard is evil demonspawn headache world, and considering that the authoring on these discs is just credited to producer Kenji Itoso, rather than an authoring house or anything, one wonders if it was just done this way because it was a lot easier. But yeah in general it’s a weirdly bare-bones blu-ray considering that the packaging is quite fancy. I should mention that picture quality is totally fine, just so you don’t get the idea that it’s bad or anything. 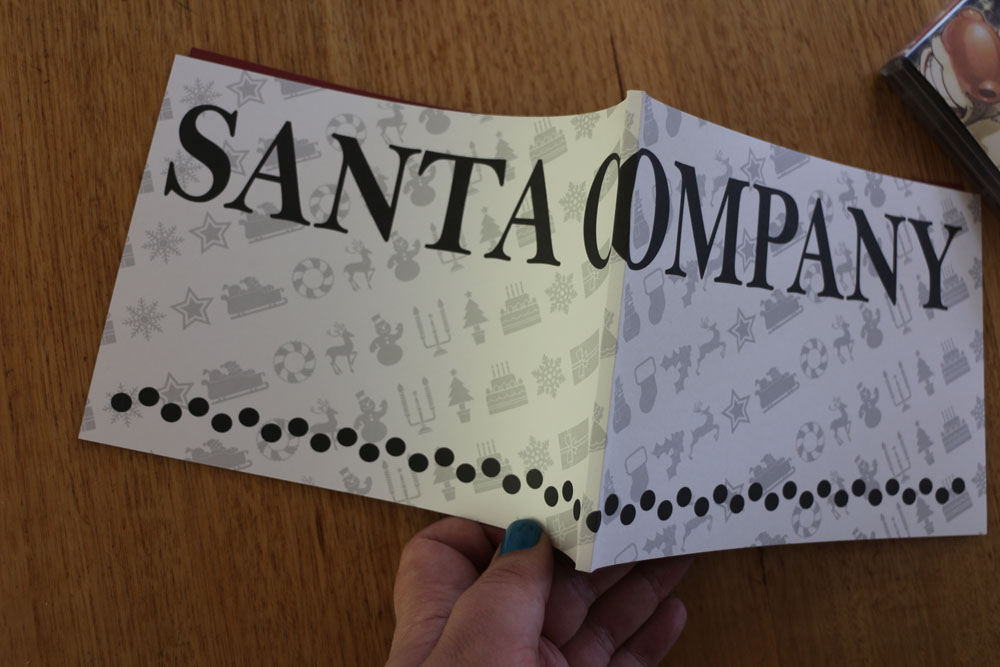 Moving on to the book, on the outside we’ve got this cool wraparound title thingy, which maybe doesn’t quite make sense since the book doesn’t really sit flat, but maybe it’s cool, I dunno, I’m no graphic designer. 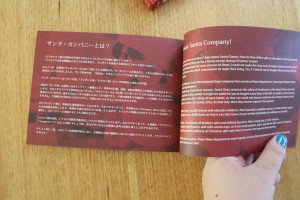 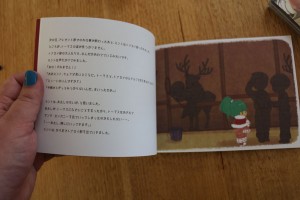 Inside we have interviews and stuff, presented in both English and Japanese, alongside a storybook, which seems to be only in Japanese. Here we come to the downside of the apparent Japanese focus of this release. Although they did provide a translation of the storybook as part of the digital reward package, it kinda sucks not having it in print, especially since this is a Kickstarter funded mostly by international audiences. Also, I just skimmed the PDF they provided and the translation is a bit… umm… yeah. Subtitles on the film itself seemed fine, though. 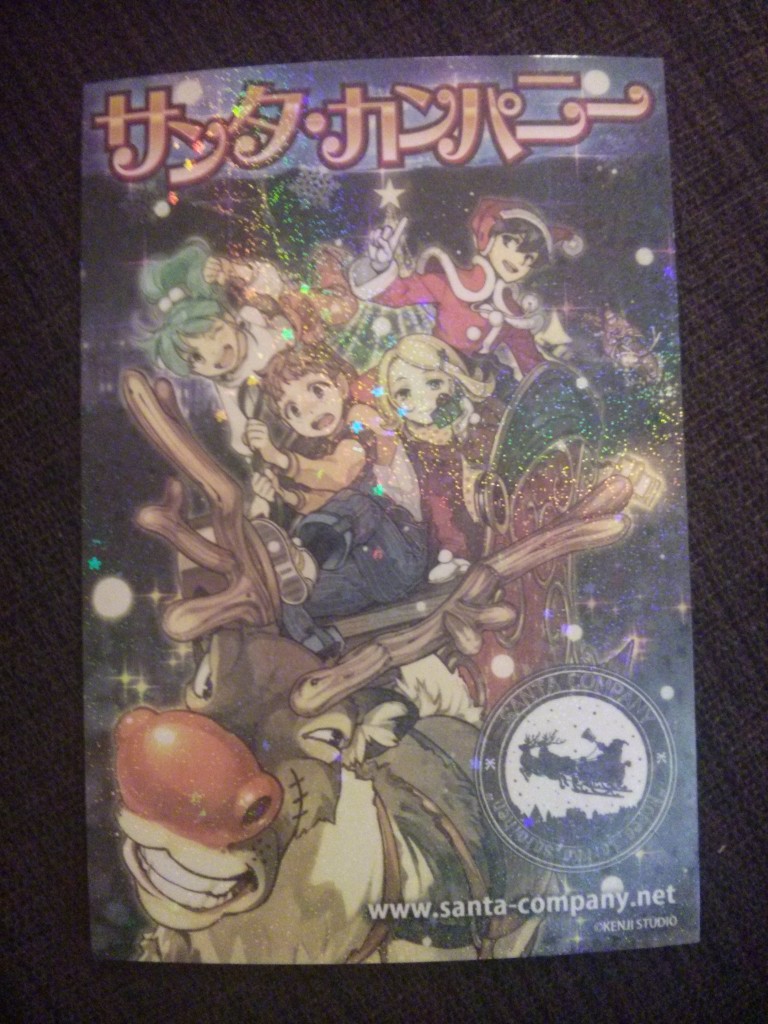 Also there was this glittery art card in the book, which I didn’t notice at first. Luckily the glitter is not the kind of glitter that comes off and gets everywhere.

So yeah, that’s the release. It’s a cute film and I’m probably gonna rewatch it next Christmas. And to be honest it’s a pretty nice release, just kinda odd that an internationally-focussed kickstarter has paid for a package that seems targeted more to a Japanese retail type market. Honestly, this seems like a REALLY indie type production, so I think I can cut them some slack, just I wish there was a proper english version of the booklet.