Not Scarlett Johannson: The Major, in action figure form

Perfectly timed with recent casting announcements for Hollywood adaptations that may or may not happen, my figma of Major Motoko Kusanagi has arrived (specifically, it’s The Major as she appears in the TV series Ghost In The Shell: Stand Alone Complex). This has resulted in two blog posts in one day! Aren’t you lucky.

For those who aren’t aware, Ghost in the Shell: Stand Alone Complex is a TV series based on the Ghost in the Shell manga by Masamune Shirow, which was also adapted into a film by Mamoru Oshii. More recently there’s been a new adaptation called Ghost in the Shell: Arise, as well as a recent announcement of a live-action movie. The Major seems to have a different character design in each installment, and this figure is based on her appearance in the TV series. 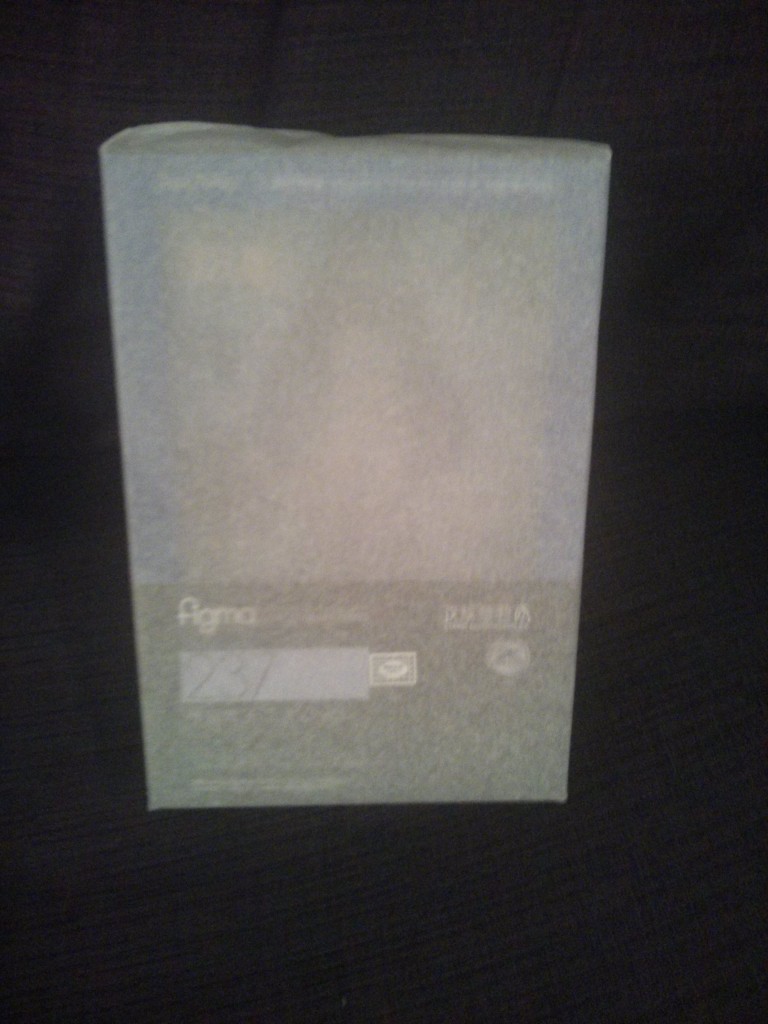 For some reason these always come wrapped in tissue paper. 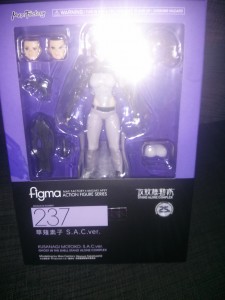 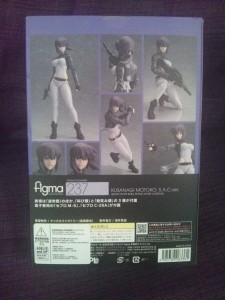 I tend to be in the habit of using the photos on the back as inspiration for poses, as well as “how do I fit this thing in this hand”. 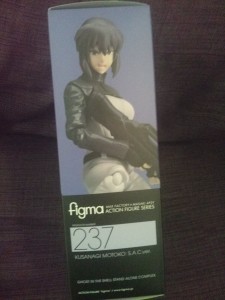 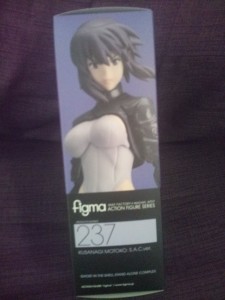 The sides contain more cool photos. I wonder if the numbering on figmas leads anyone to try and collect every single one. 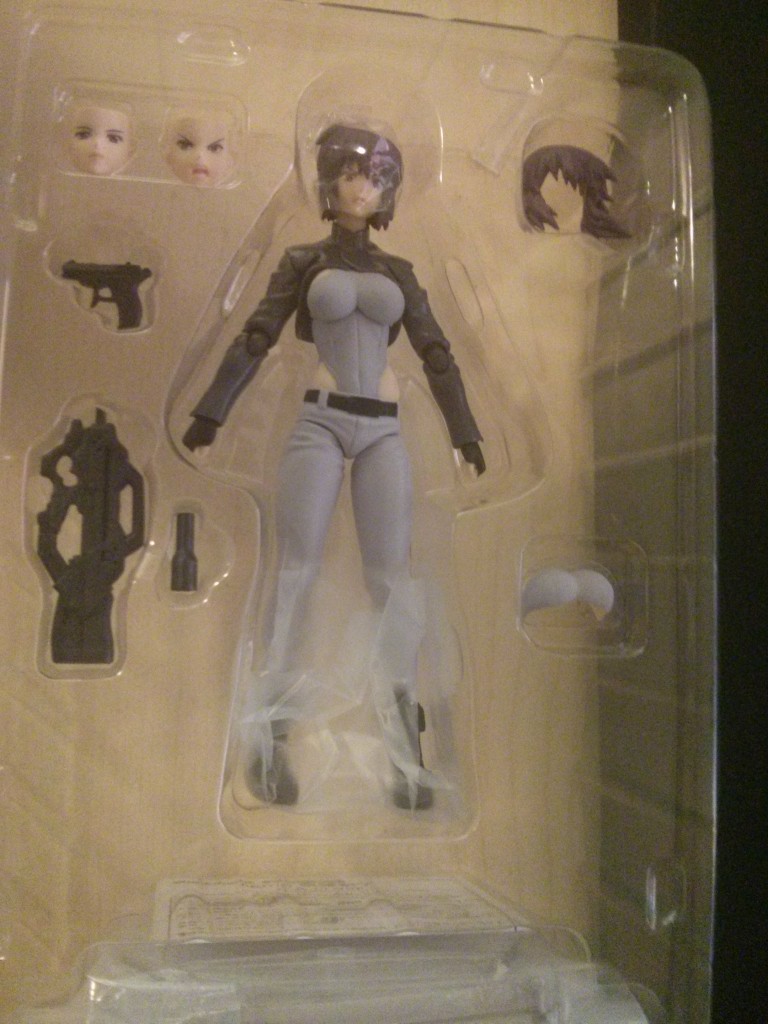 Here she is, with all the myriad parts. Including, oddly enough, a spare pair of breasts. Apparently these are needed when posing her holding a pistol two-handed, according to the instructions. You can’t see it but there is of course the traditional pile of different figma hands. 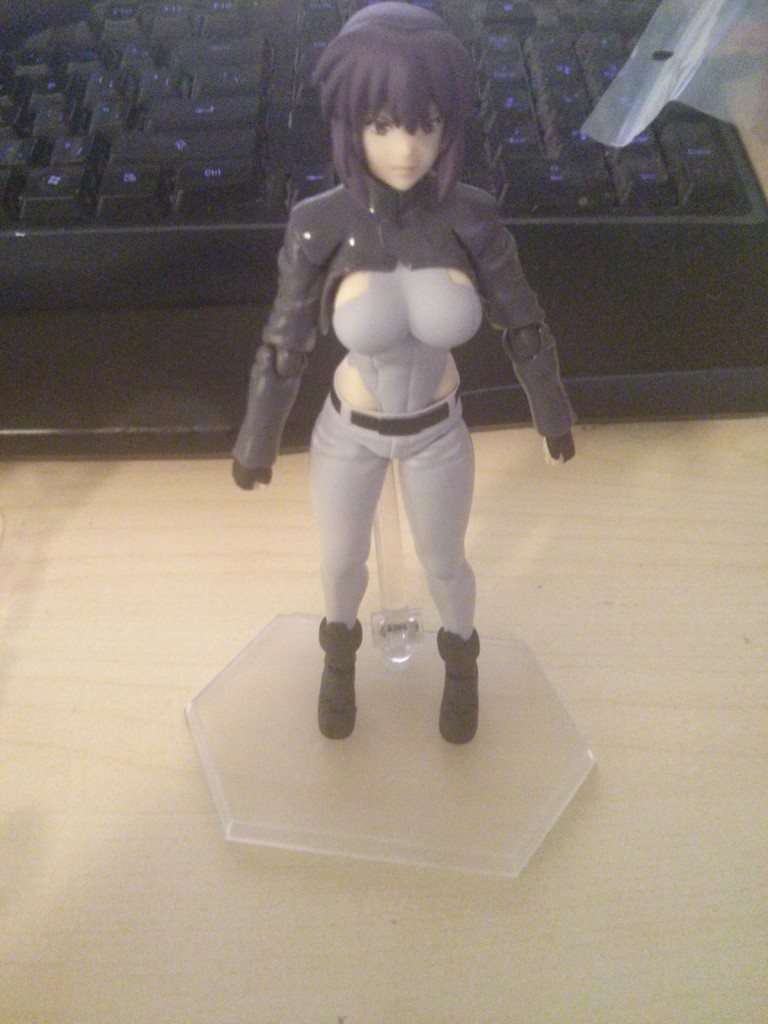 Fresh out of box pose.

A few tweaks and she looks rad. 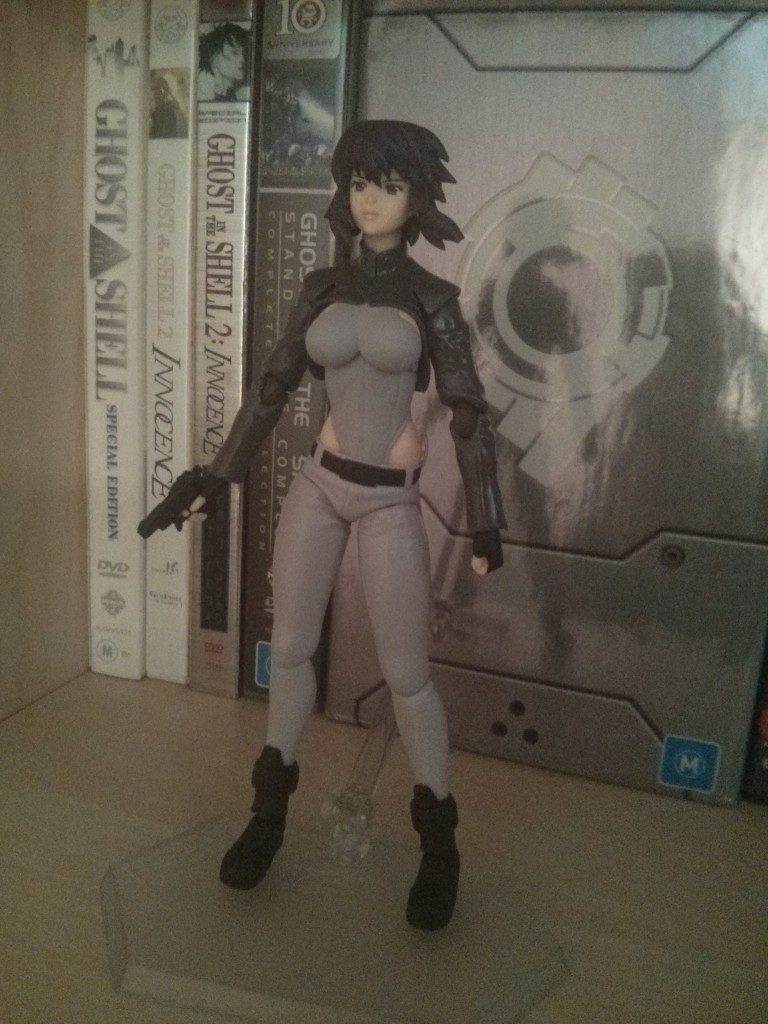 Posed appropriately in front of relevant DVDs. I do like the more windswept hair piece. It’s also cool how her jacket is shiny but the rest of her is matte. 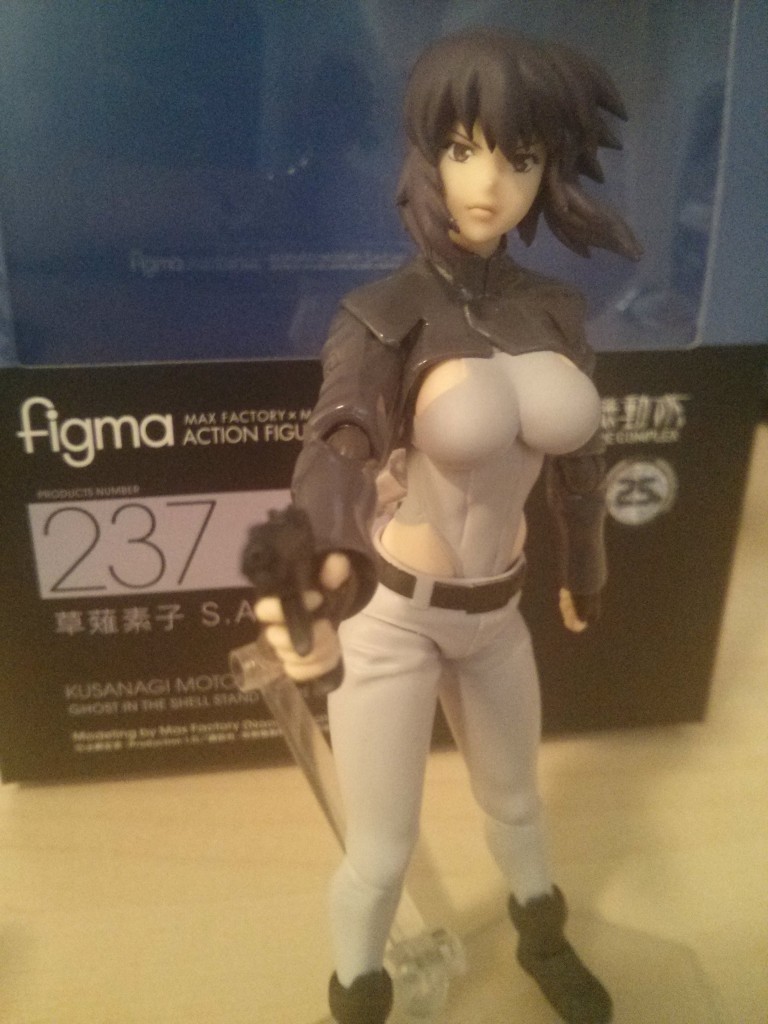 But wait, she has a gun. Guns can of course be pointed at things.

Maybe she could challenge the only other figma I own. 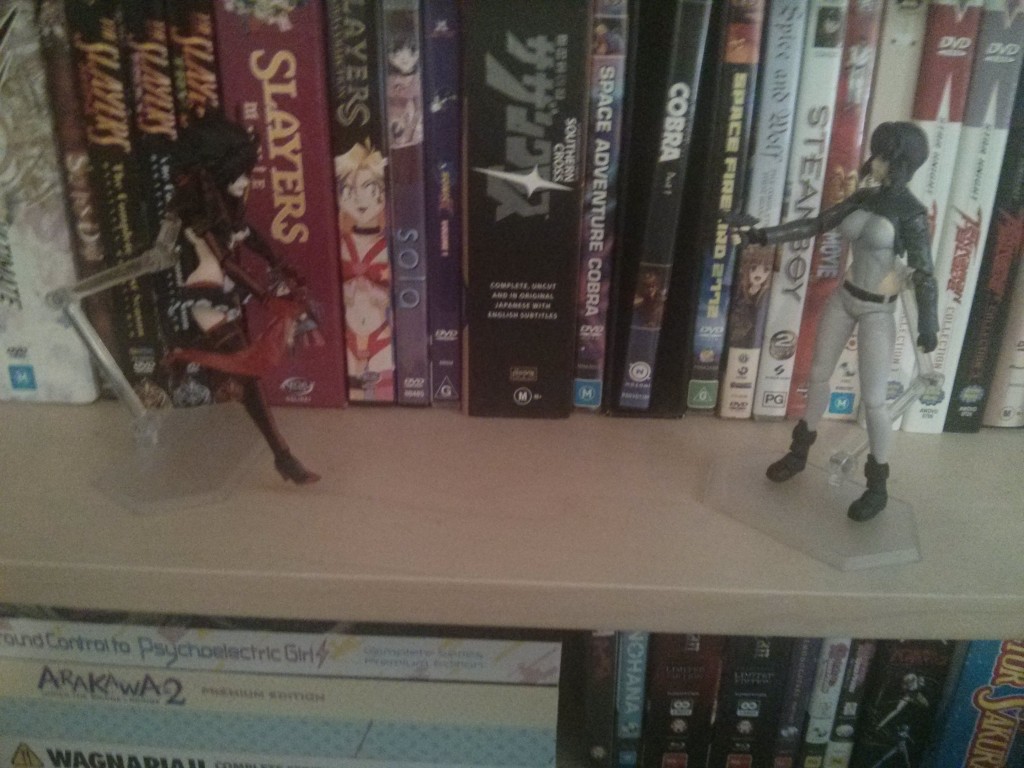 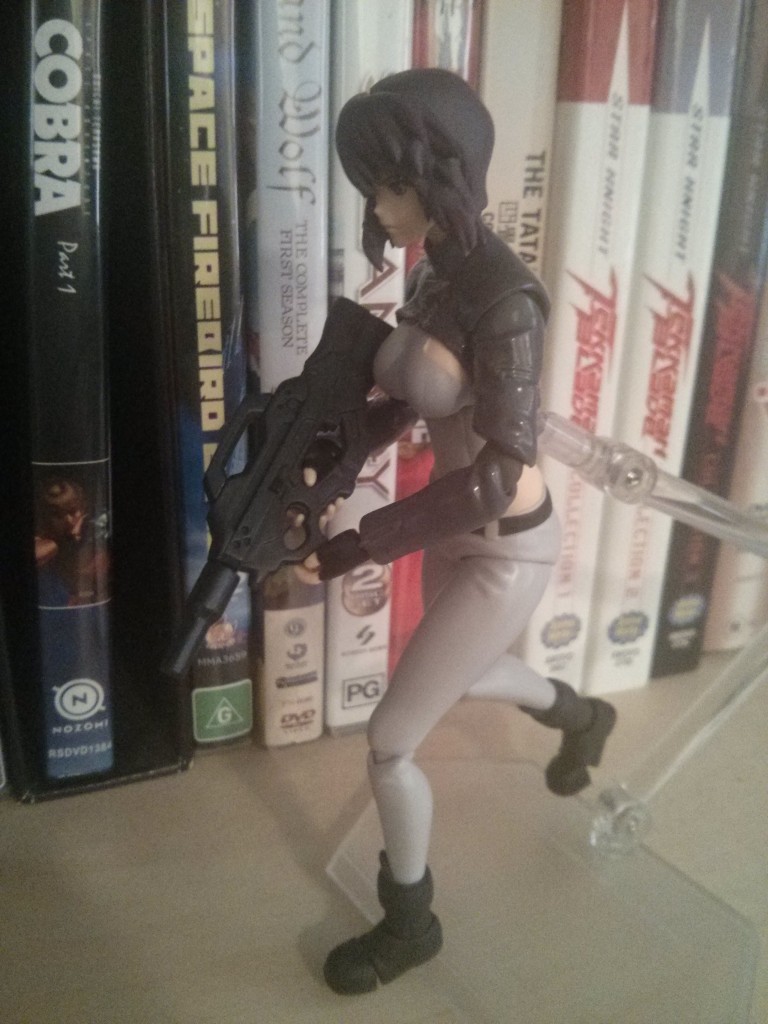 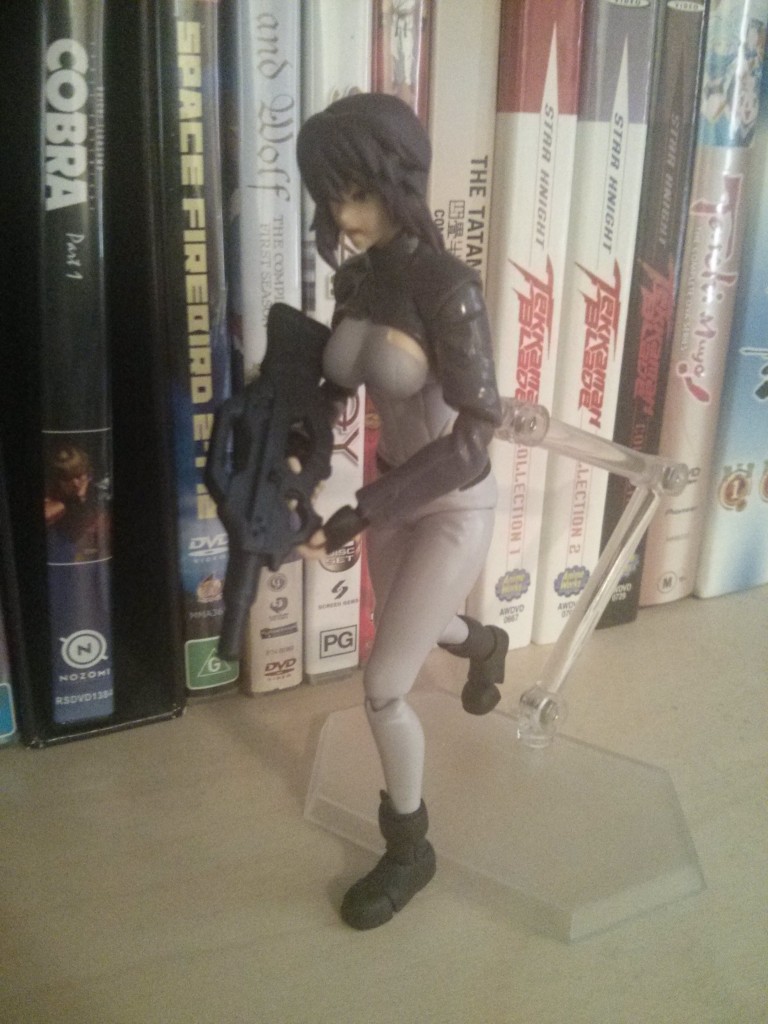 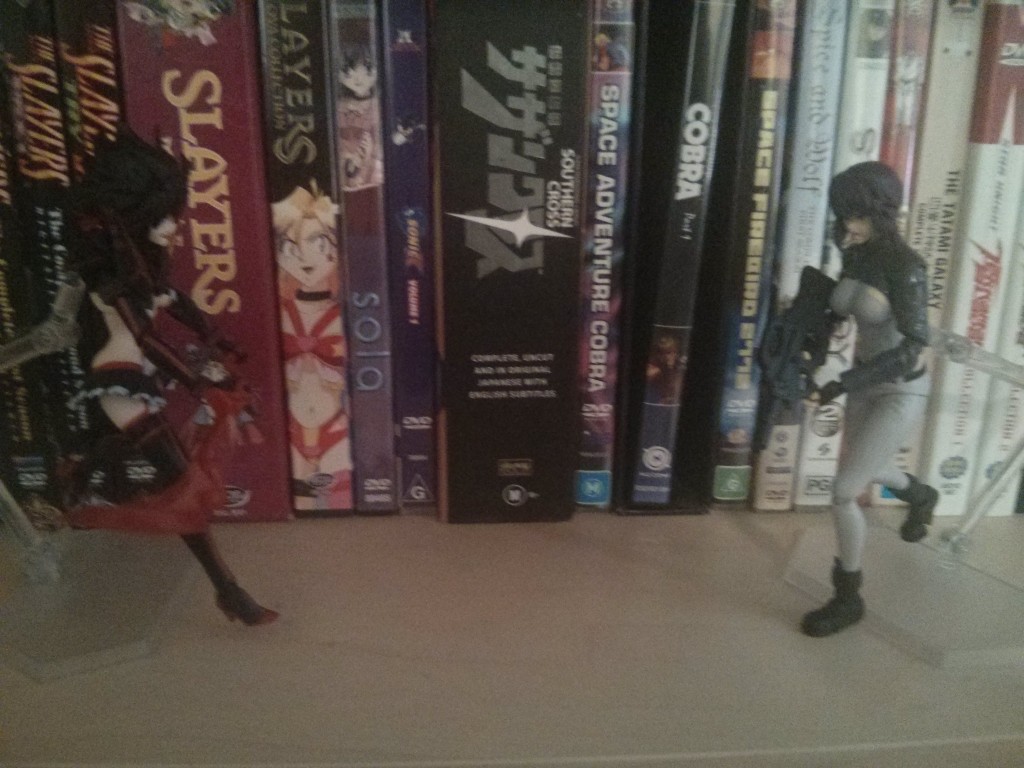 I wonder if anyone’s written this fanfic.