At last, it has arrived, and the trifecta is complete! (At least assuming Good Smile Company doesn’t make more of these… they totally should though I would buy all of them) 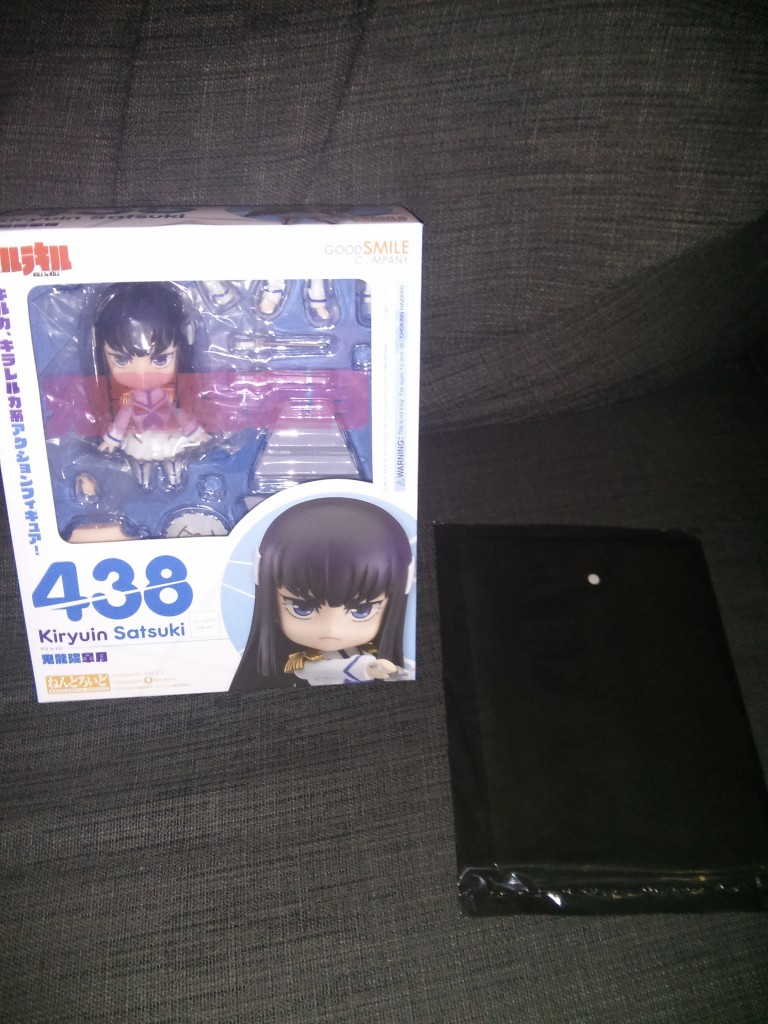 So, once again we have some anime toy thing from Kill la Kill sitting on my couch with a mysterious bag made of binliner material containing a bonus item for preordering it from the right website.

Let’s look at the box from a bunch of different angles because I’m a dork like that. 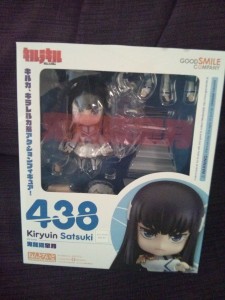 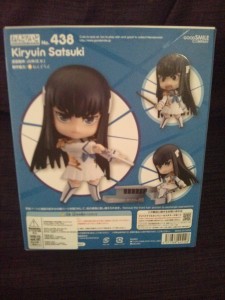 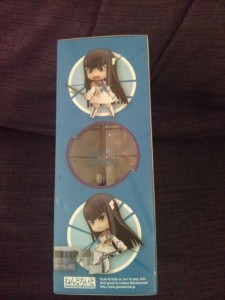 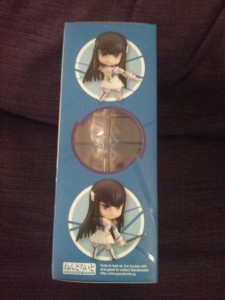 I’m kinda disappointed that they didn’t keep going with the cool colour scheme they used for the Ryuko and Mako boxes, but oh well they’re just boxes. Egad what am I saying, boxes are the most important thing ever. Anyway these are cool looking.

Get her out of the box! Free her from her cardboard prison! 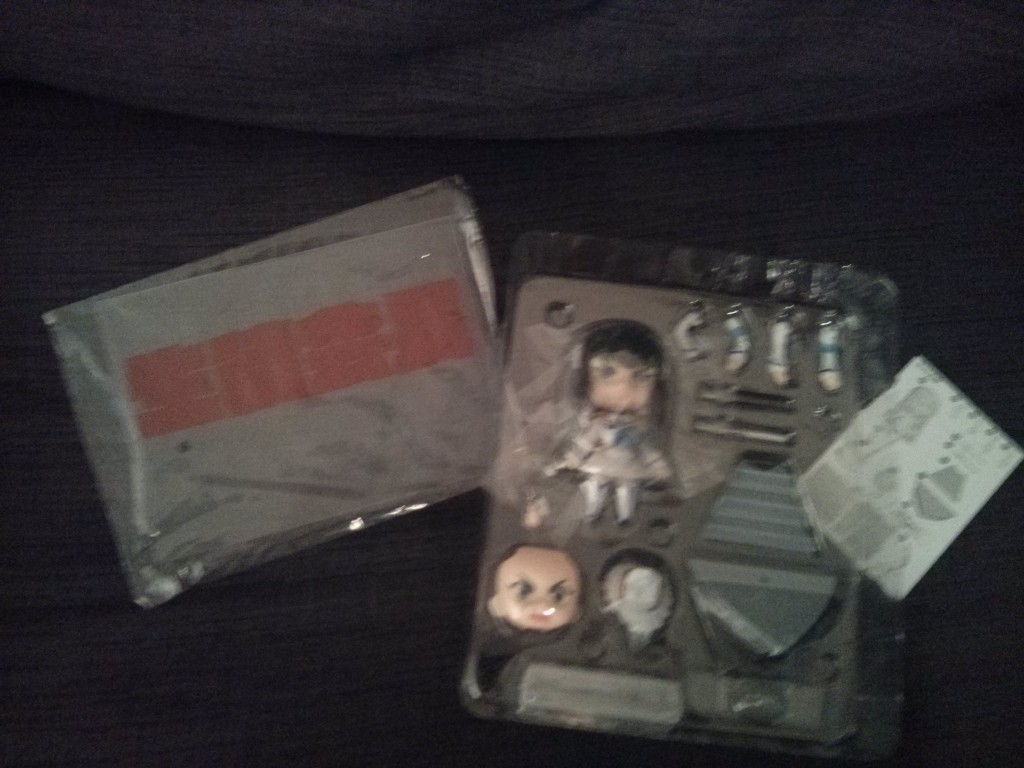 Beneath the cardboard prison is a plastic prison! 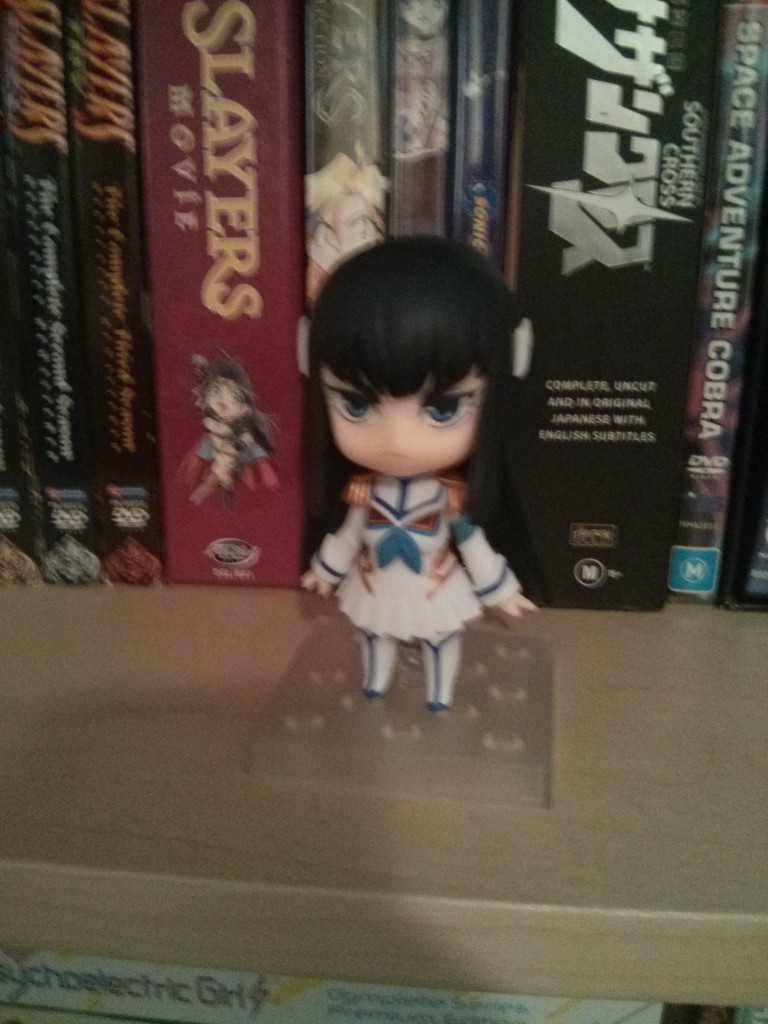 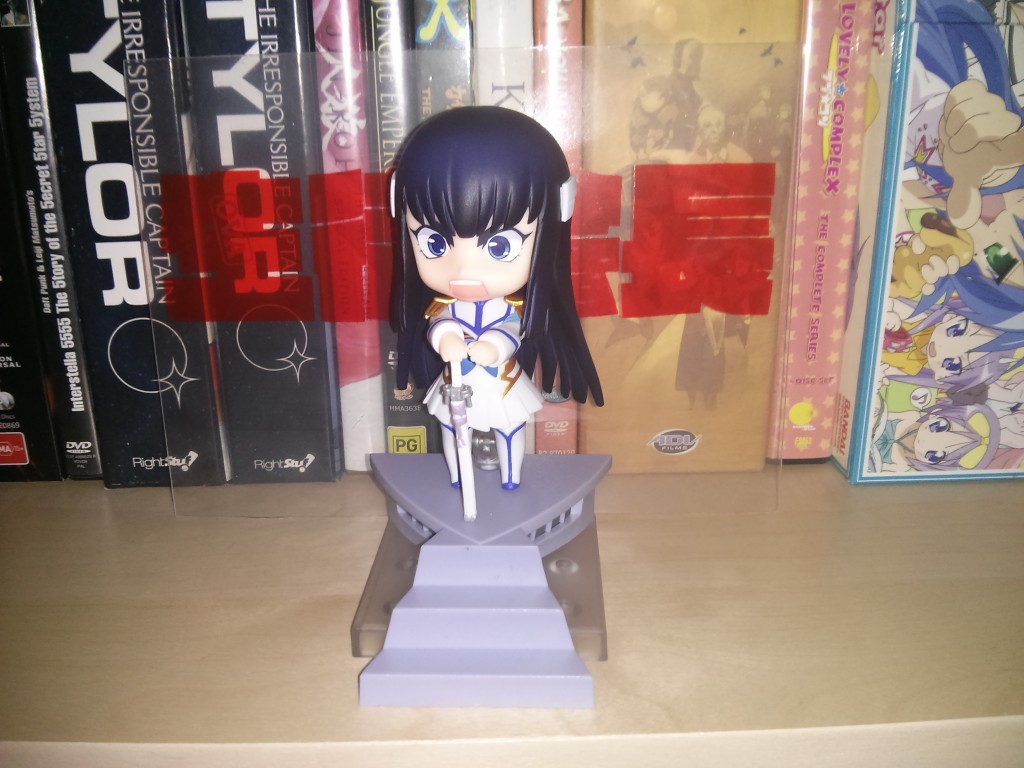 Give her the respect she so richly deserves. 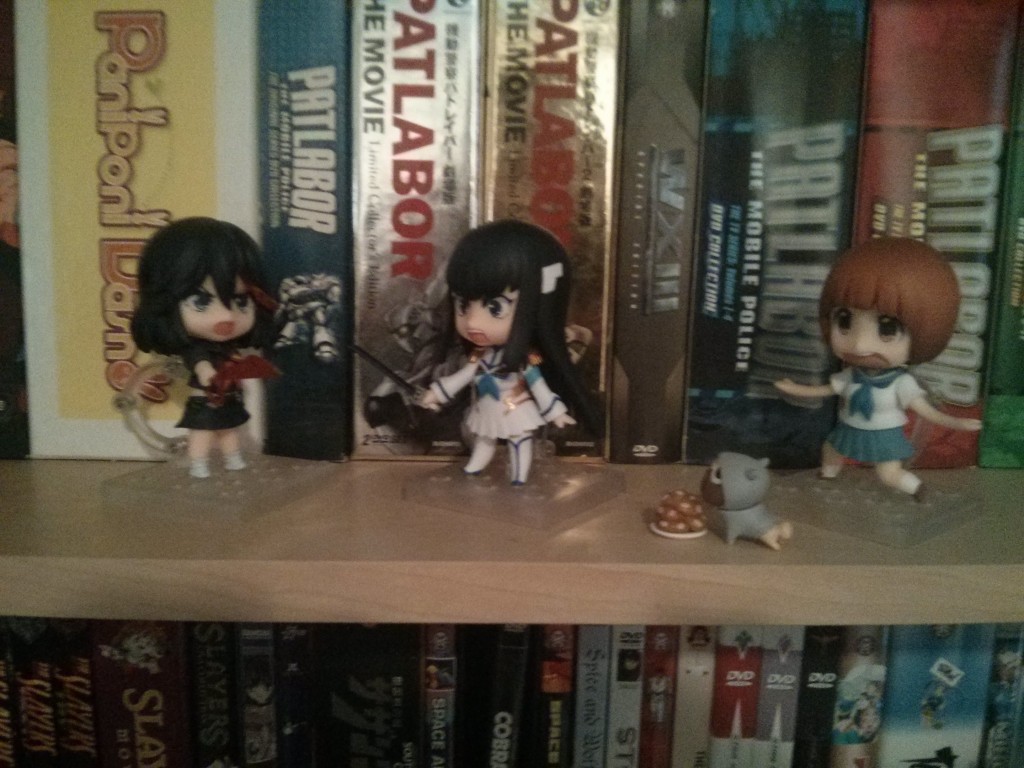 Alternatively, have fights with her. Your call.

Anyway this figure is cool, I love that it’s got a posey thing that’s a stand she can stand on. There’s also a separate skirt piece with room for her foot to take a step, so you can pose her walking up the stand thing. The downside is this means her torso isn’t as flexible as Ryuko or Mako. The other downside of this figure is positioning is harder because the arm has to fit in under her long hair.

Also, Satsuki gets no happy faces. She’s not a happy person.

So now I’ve got what may end up being all the Kill la Kill nendos. We’ll see if they make more. I know they’re supposed to be doing a figma of Satsuki but I haven’t seen dates for that yet, I kinda really want to get it.

Oh, and the bonus item: 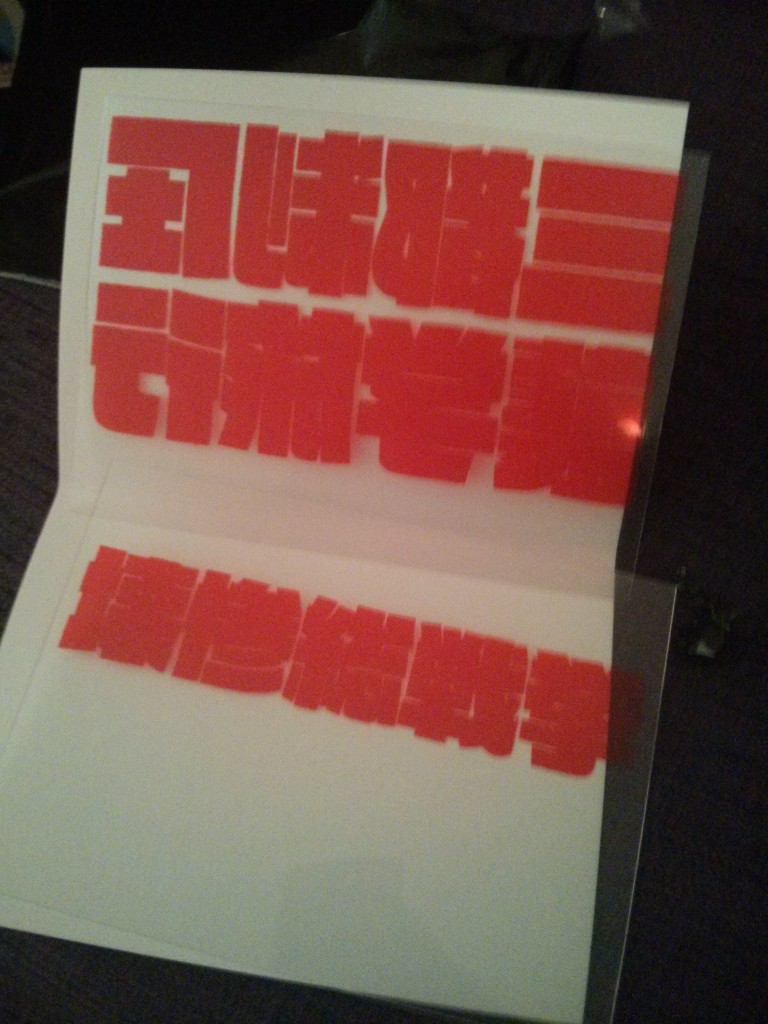 The bonus item is additional giant red text for placing behind Satsuki while she’s doing her thang. Because giant red text is a thing in this show. I sure hope none of this says awkward things.

No input from Website-tan today because it’s almost midnight and she’s asleep.