As anticipated by anyone who listened to that podcast I was on some time ago, I’ve had the figma of Ryuko from Kill la Kill on order, and today it’s finally arrived! First ever figma I’ve owned, so exciting stuff! 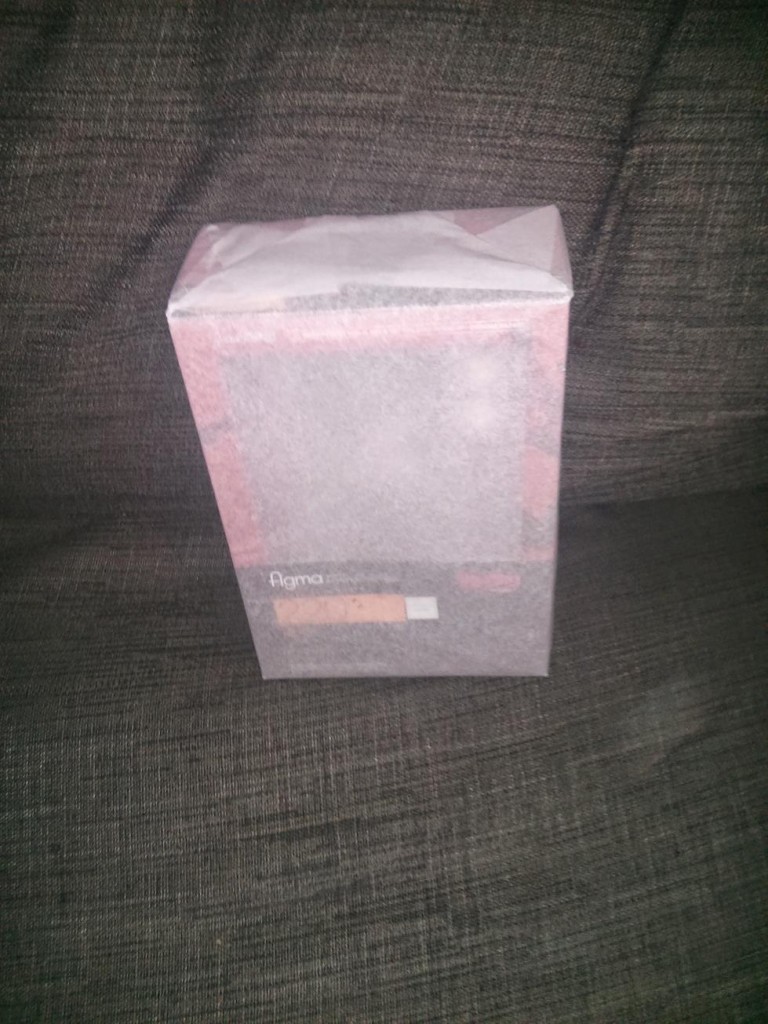 And it’s all wrapped in tissue paper for some reason (I guess to keep it safe?) 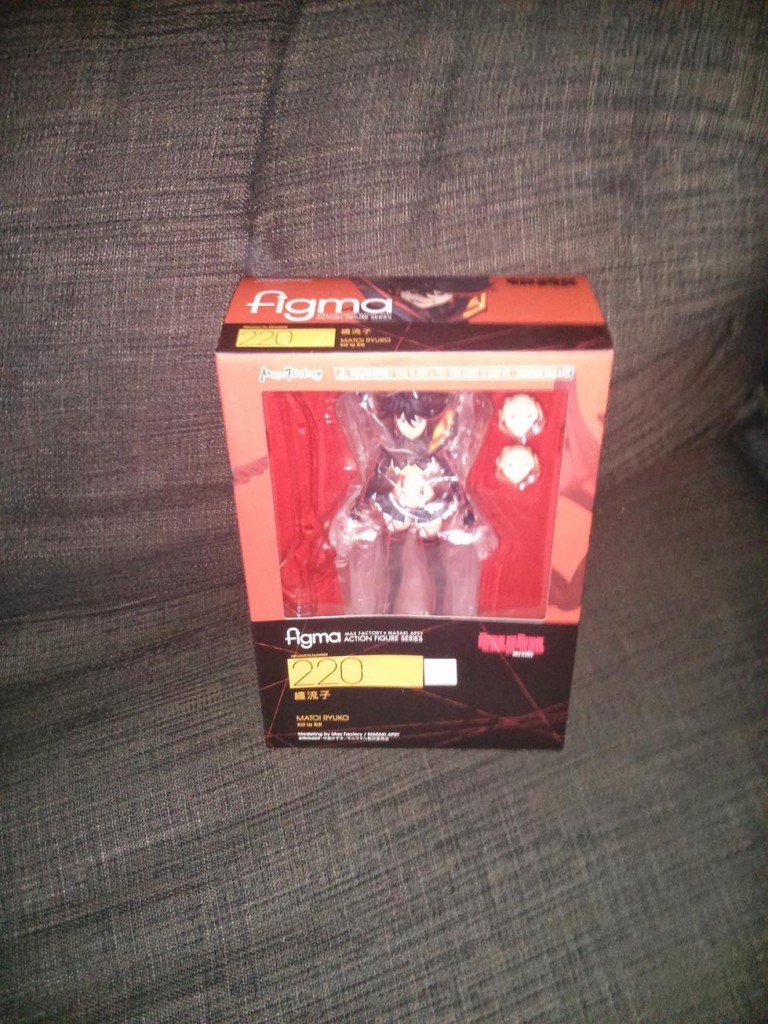 So yeah, cool box and all! It’s got swappable faces (which is pretty standard for figmas I think) 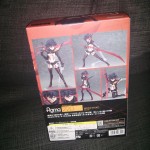 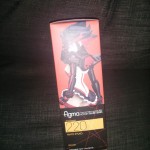 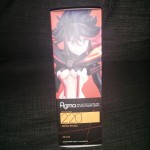 As is standard for boxes, there’s different sides. Cool beans.

The front says it’s not a toy, I guess that’s a thing. I dunno what else you’d call a poseable figure of a cartoon character though.

So let’s open her up! 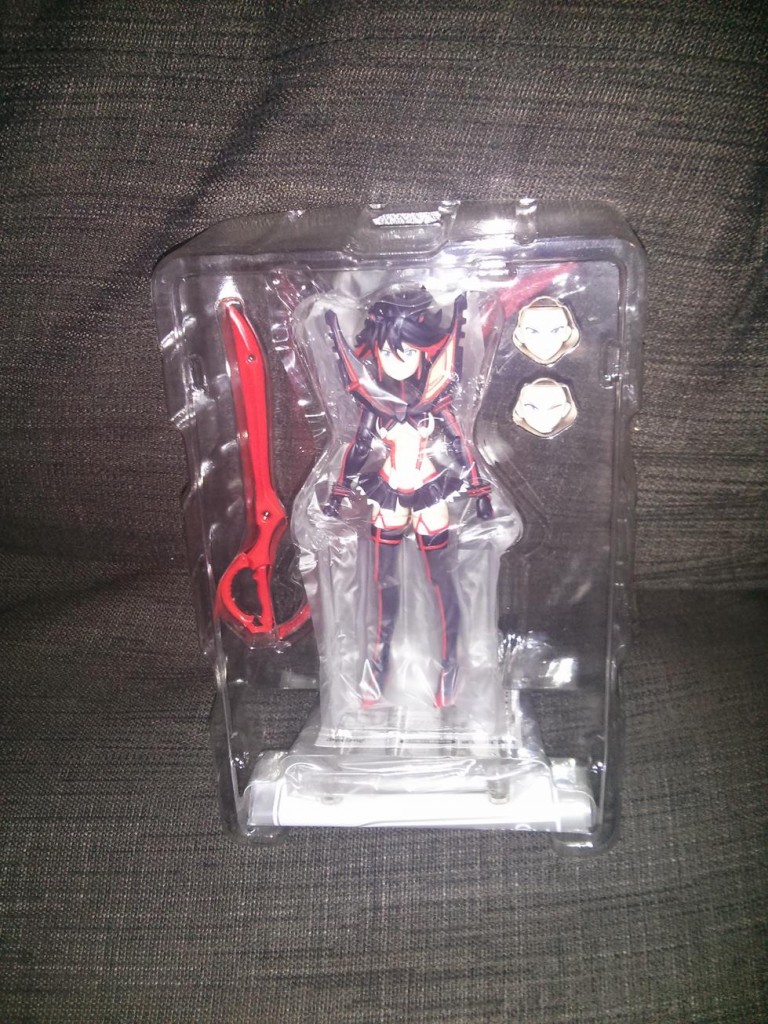 There’s all the parts, nicely in plastic. Three faces, two swords, and a bunch of different hands. 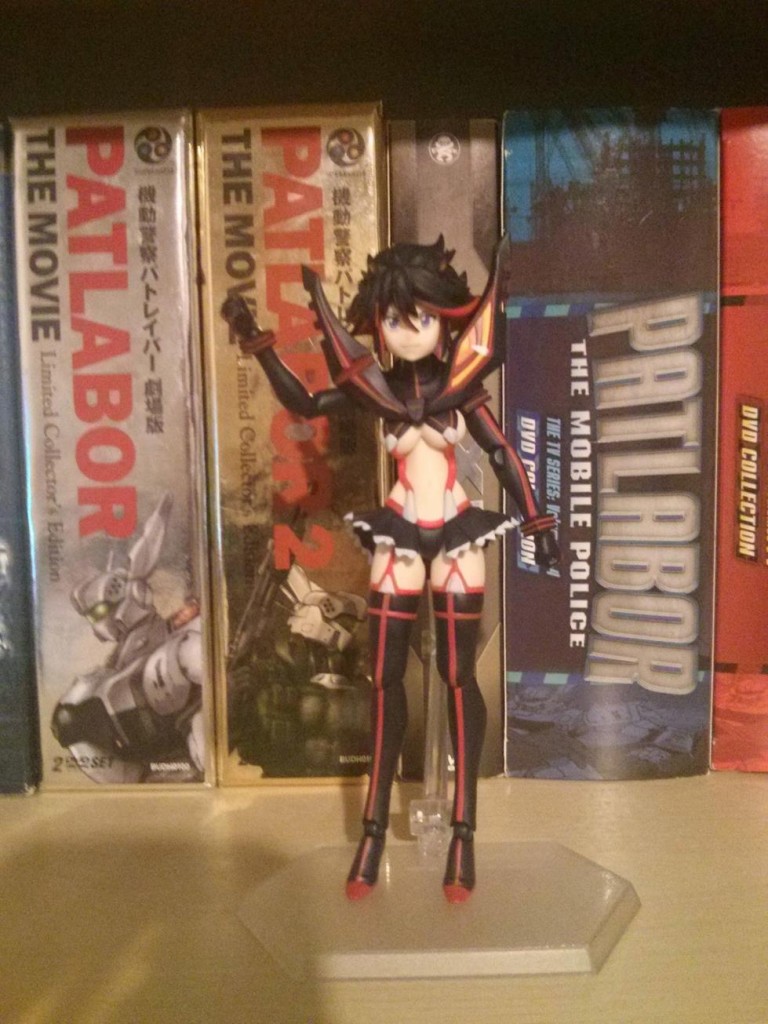 With a bit of posing and swapping of hands she can look like this! 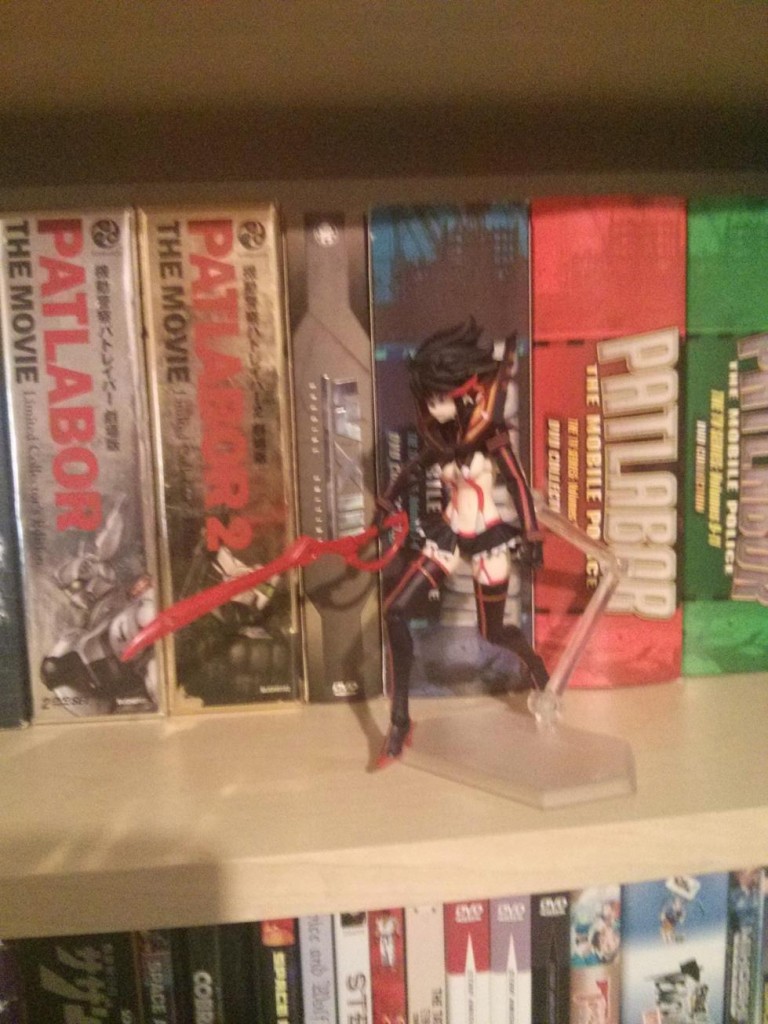 Or if I look at the website I bought it off to find a good pose she looks like this! 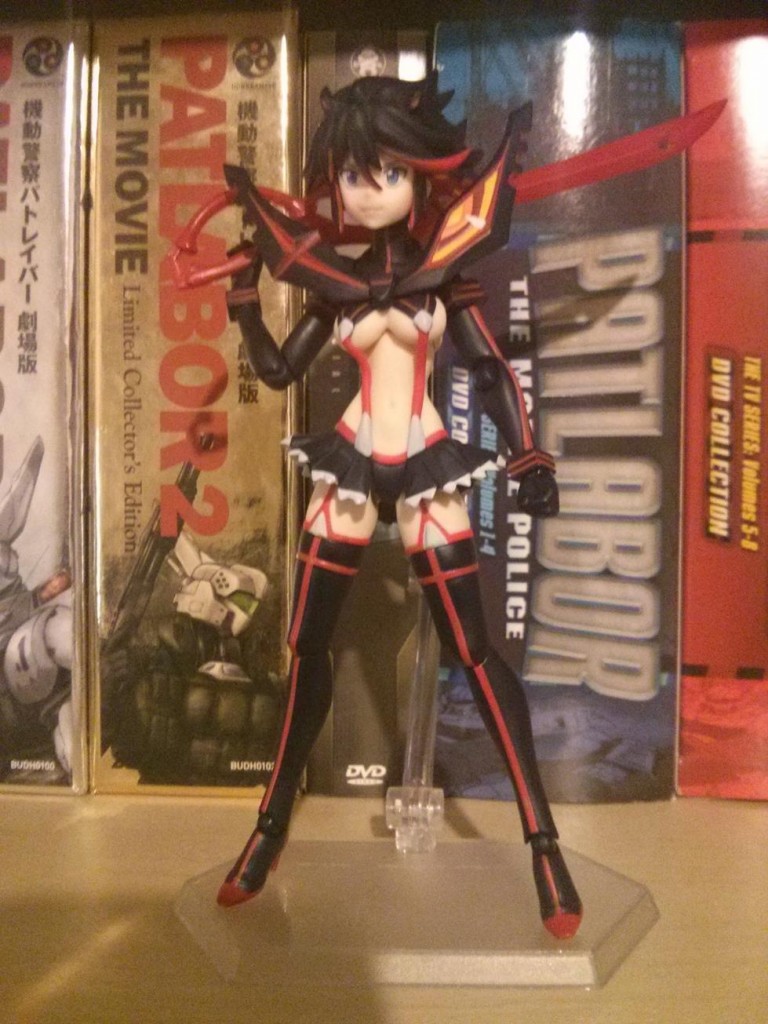 And of course I can swap her face for one a bit more appropriate to ass kicking! 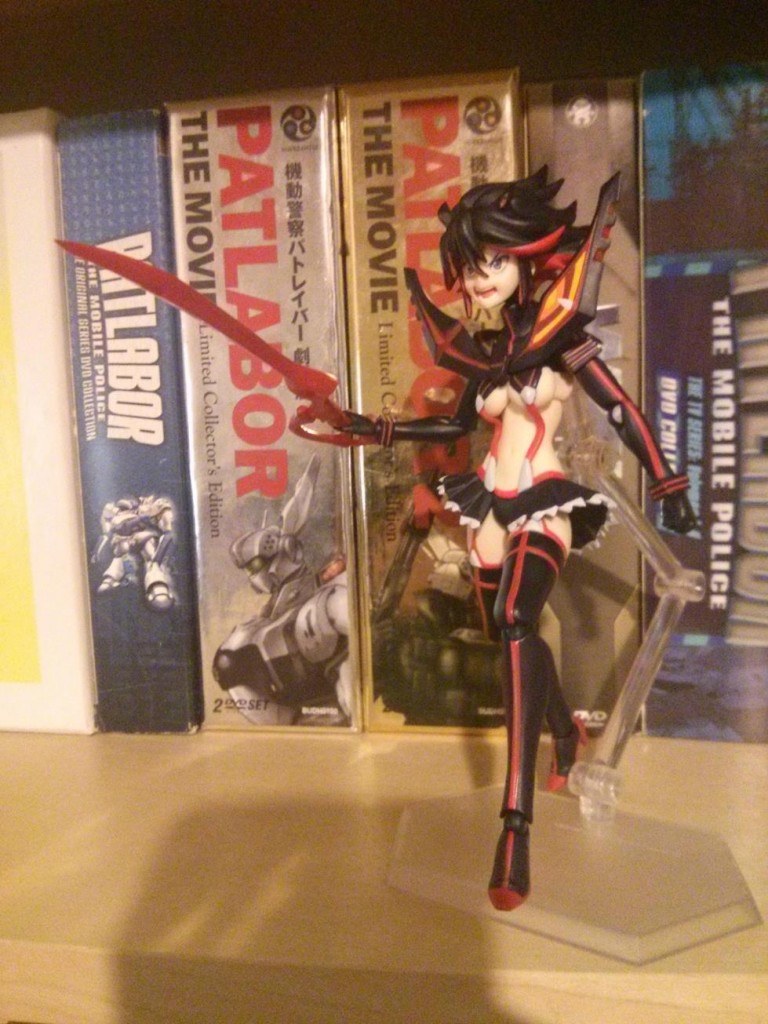 But there was another thing in the box! 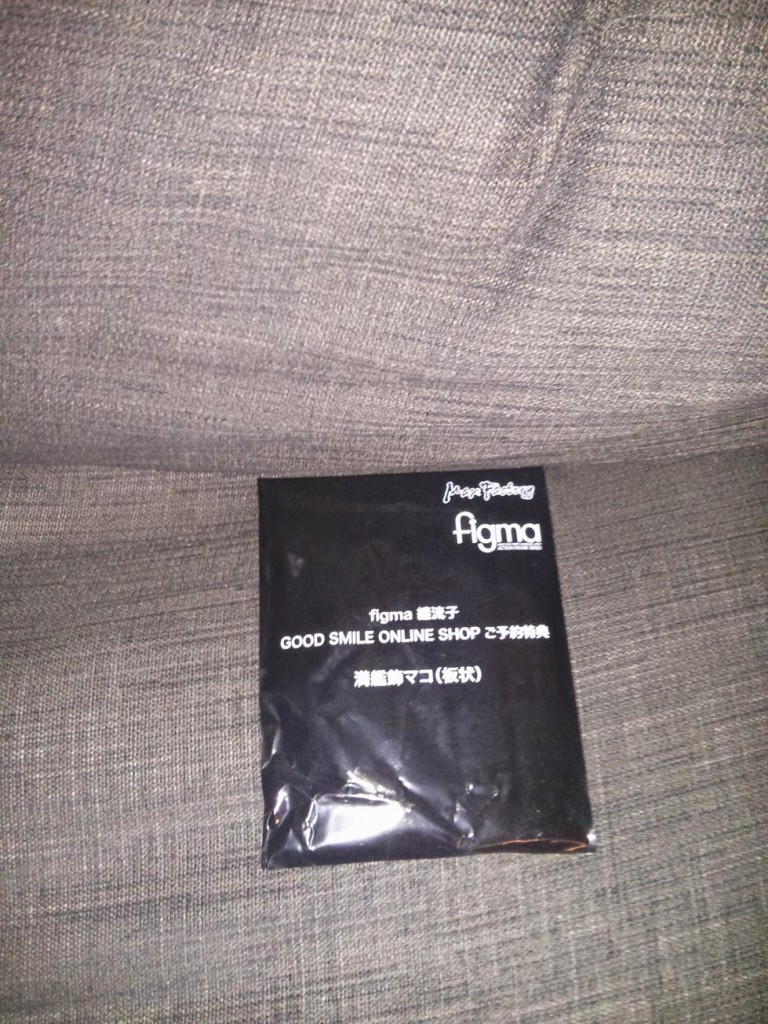 What’s in this, you may ask? Well as the packaging indicates it’s a Good Smile Online Shop bonus part, and… well have a look! 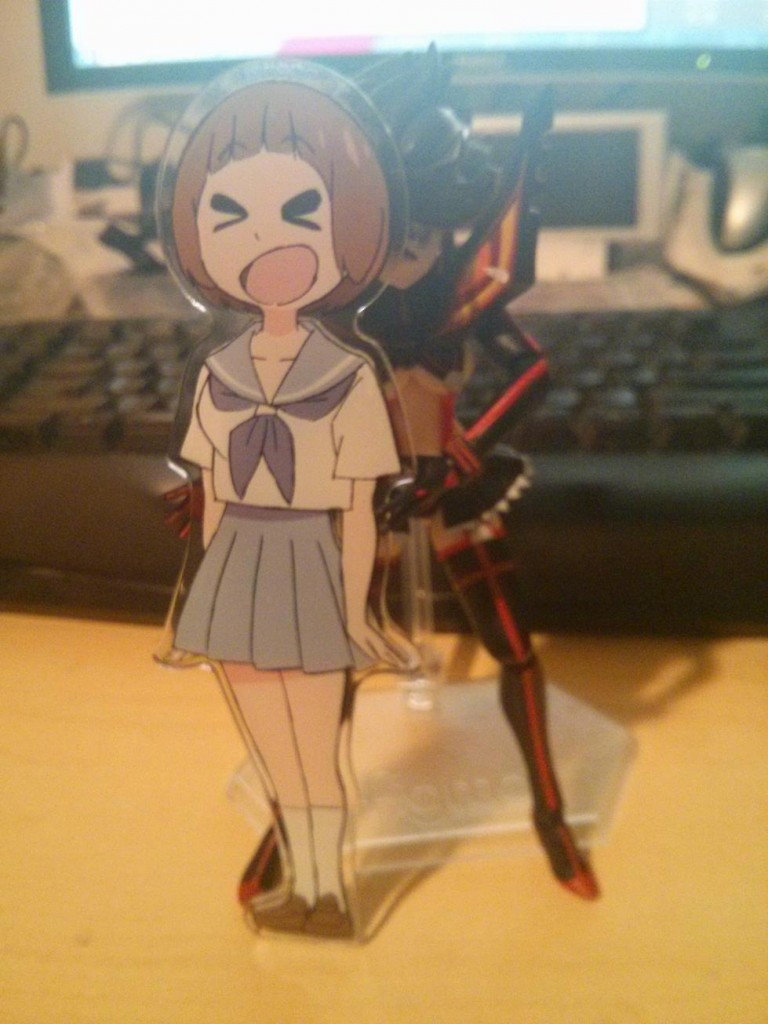 Achieve show accuracy with a cutout Mako that can be moved around by Ryuko!

Just for fun let’s compare this to my other Ryuko figure. 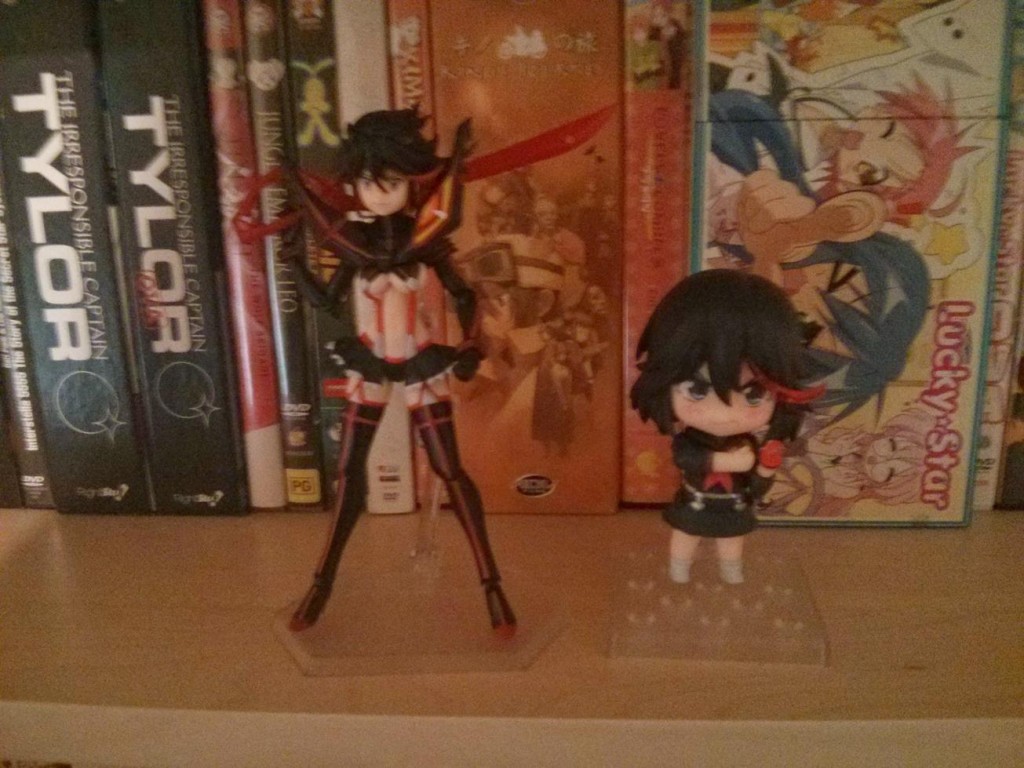 I think Nendoroid Ryuko is a bit angry… maybe she’s jealous that figma Ryuko is taller.

Wanna know what my favourite thing about this set is? 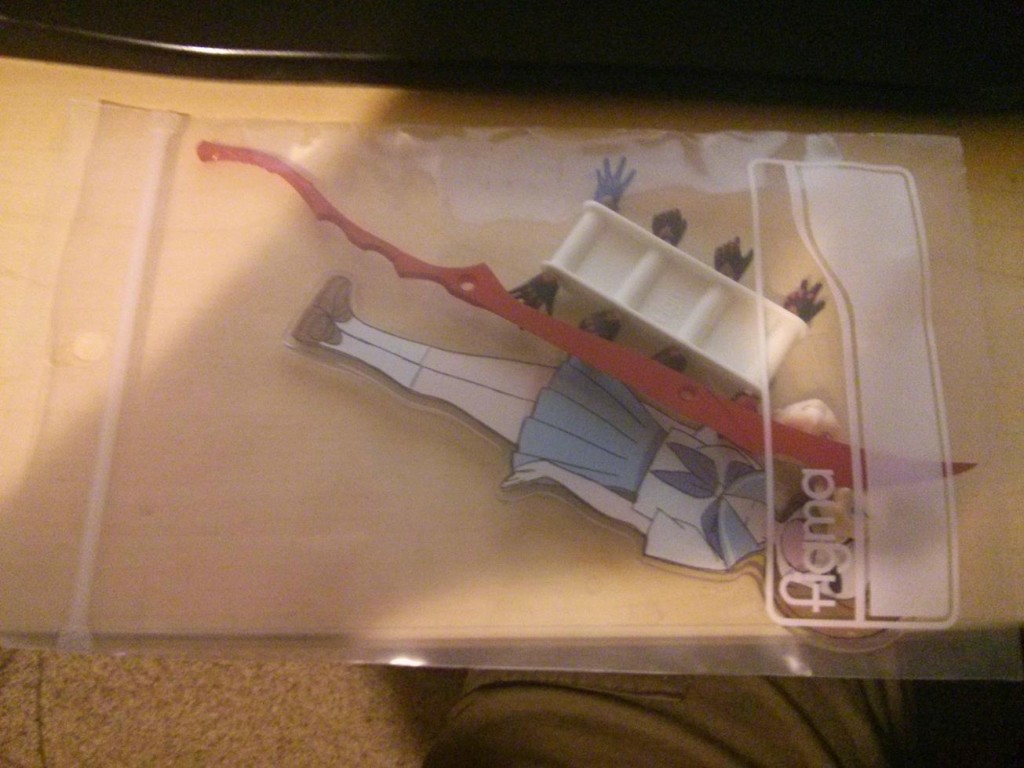 I think my close friend described my feelings about this best in facebook chat: 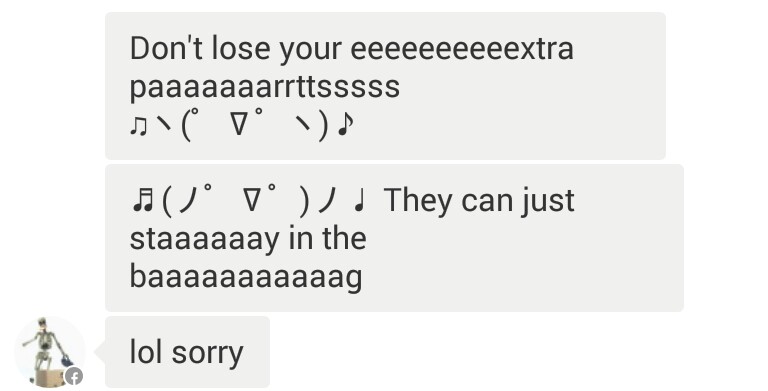 Yes, ziplock bags are useful and everything should come with them so that I don’t lose tiny face pieces.

So yeah this is a pretty nice figure. It’s got a lot of detail and stuff, although it’s pretty tricky to pose so they’re probably right in that it’s not a “toy” so much as something you set up and display in a pose. 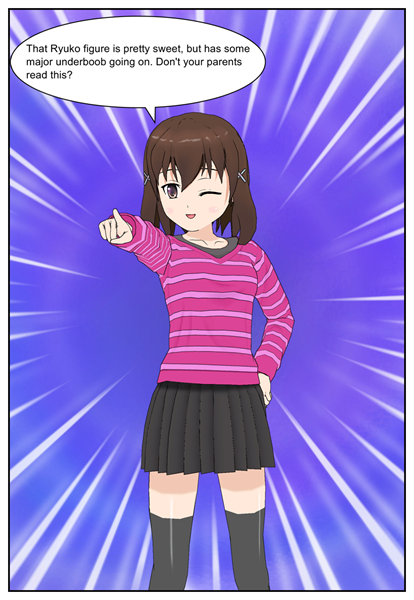 Wow… that’s actually a good point, Website-tan. Are my choices in anime figure bringing shame upon my family? Tune in next week to find out!