Since I lack the energy to put actual content up here, let’s keep going with the whole “pictures of cool things” thing. 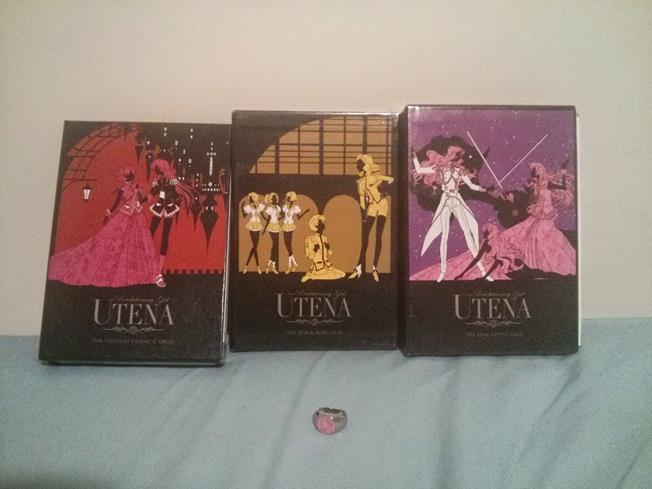 This week, it’s the RightStuf/Nozomi release of Revolutionary Girl Utena. Which you may also know as Ursula’s Kiss, as it was apparently broadcast under that title more than a decade ago on a former digital subchannel of the ABC, for some reason. Utena is a show about sword fights and epic choral music and implied same-sex relationships (which become somewhat less implied in the movie). It’s kinda like the Evangelion of shoujo manga, if I were the kind of person to make meaningless comparisons like that. So as you can see above, this release is 3 separate boxsets and one interesting item that we’ll come to later. Let’s look at the first set 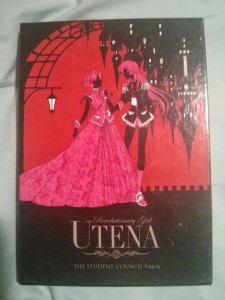 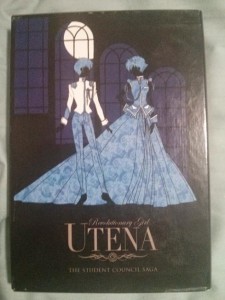 So yeah that’s the front and back. You’ll be seeing a lot of artwork along these lines with these sets. I think the same artwork was used for the Japanese DVD releases. Inside we’ve got a bunch of thinpak cases and a booklet 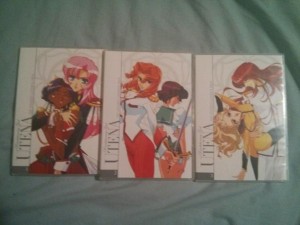 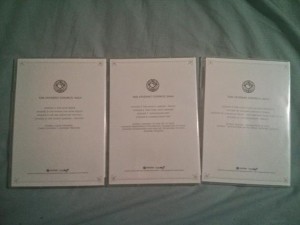 Artwork on the front and fairly plain listing of content on the back. Inside it looks like this. 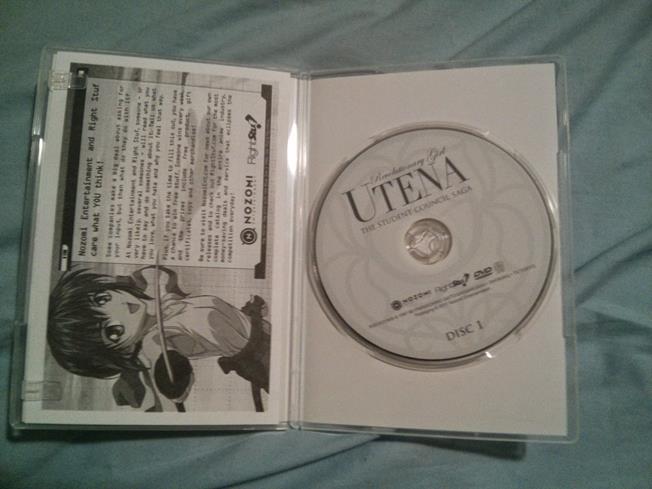 All the discs basically look like this so I’m just going to assume you can picture what this looks like with a different disc number. Also for some reason I’ve still got the Right Stuf feedback card in there. Then there’s the booklet. 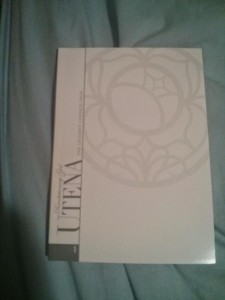 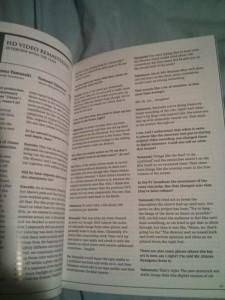 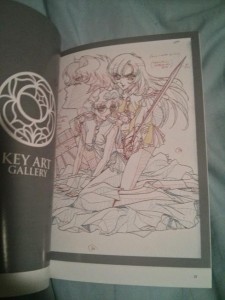 The booklets are pretty cool for these sets, they’ve got lots of interviews and artwork that I assume was taken from the Japanese releases. So yeah, that’s part 1. Here’s part 2 (which is very similar except for one interesting point) 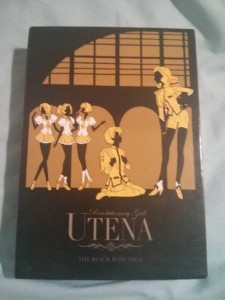 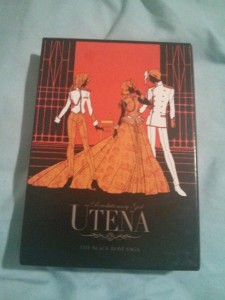 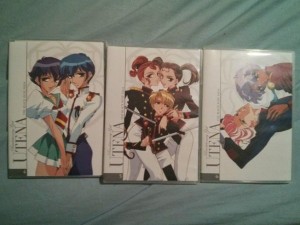 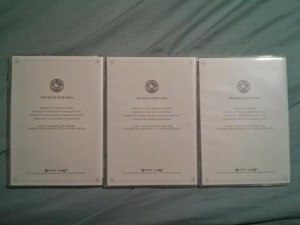 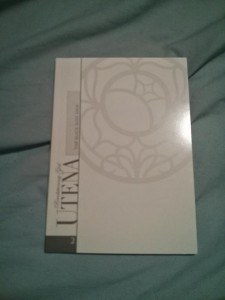 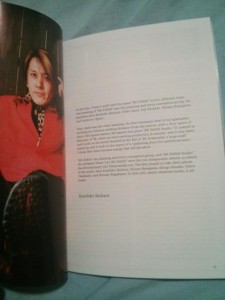 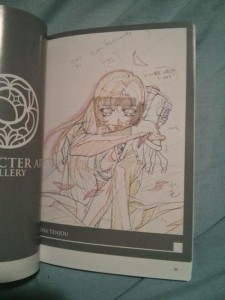 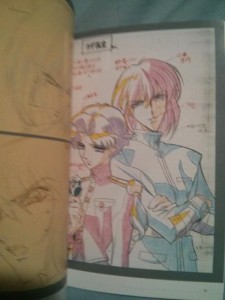 So yeah the only really notable thing about this second set is the interesting misprint that required them to stick a sticker over the title of the set on the booklet. I’m told that underneath it says “Student Council Saga”, the title of the first set, and I suspect someone didn’t update their template. Ahh, the joys of first pressings and occasional quality control failures. Now let’s look at the third set. It’s got as many discs as the first two sets put together, for some reason. 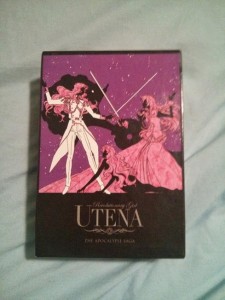 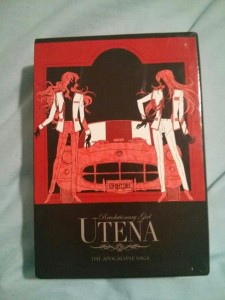 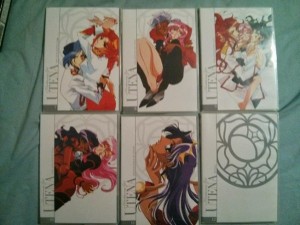 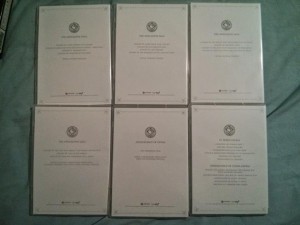 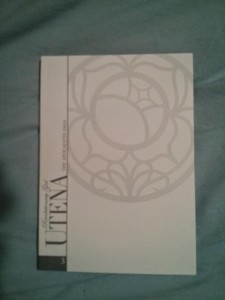 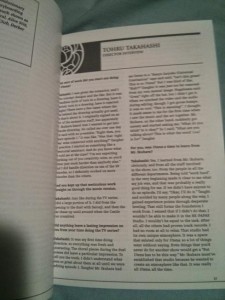 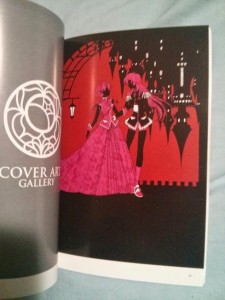 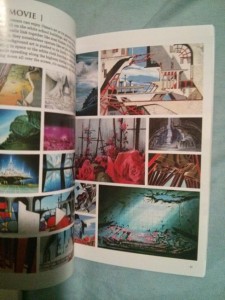 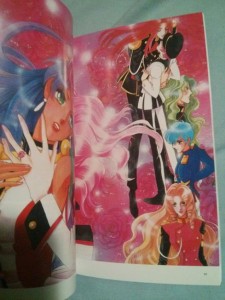 So that’d be the third set. With twice as many discs, since it not only has more episodes but also the movie and a special features disc. That means a bigger booklet as well, since it’s got all the materials for the movie. The movie for this series is kinda interesting, I guess I’d describe it as kinda an adaptation of the series with more budget, less restrictions, and less time. It has some really really good design work, as well as making the implied same-sex relationships somewhat less implied. Also it has a scene at the end which has to be seen to be believed (if you really want to look up spoilers don’t let me stop you). 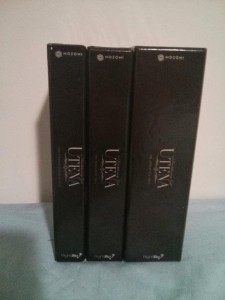 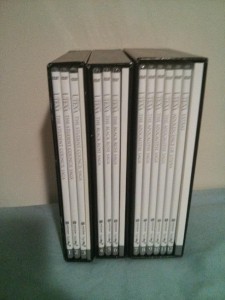 So yeah, that’s my Utena dvds. Probably a more typical release than some of the stuff I’ve talked about earlier (what with it just being dvds in boxes with booklets and not a huge cardboard thing that is technically considered a PS3 game for some reason), but I think it’s pretty cool and classy. If you’re curious and local I think Hanabee in Australia put out an essentially identical release. But there is one thing I have’t mentioned yet. 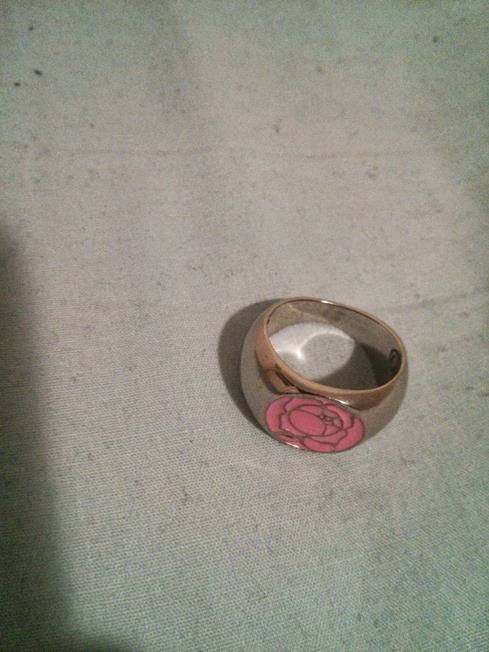 Preordering all the sets from RightStuf got me a bonus: a replica of the duelist rings from the series. Which is too small to fit my fingers. Oh well. Yay pointless collectibles.

Oh my god I just reread this thing and I think I overuse the phrase “so yeah”. Is it because I’m a bad writer or because I’m writing this at 11:30 on a sunday night due to some sort of attempt to write one of these a week? Or maybe both.